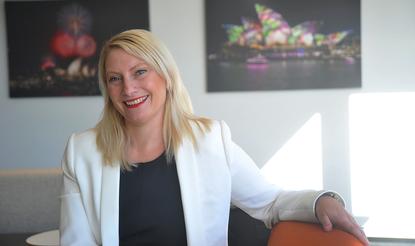 It’s a story still too commonly told: Marketing staff sit in a corner, crafting brochures and sending out the latest product announcements via email when the sales team wants it. But they’re not perceived as adding strategic value.

Thanks to marketing automation, digital delivery and data, this picture is being redrawn. And it’s this desire to embrace technology and data smarts that is heralding change in the Australian marketing function of Thomson Reuters’ legal division.

The company provides industry expertise and technology-based information products to professional sectors including legal, science, finance, IP and risk. It has 53,000 employees globally including 500 in Australia.

Director of marketing and customer experience, Morag Latta, said Thomson Reuters’ legal marketing department is on a five-year mission to transform customer engagement through a more scientific approach. Simultaneously, the entire business model is undergoing fundamental change as it strives to become a solutions-driven business.

“The legal business has a very traditional, legacy publishing background, and as we change to a solutions business, that means new technology, but also having different conversations with our customers,” she said. “You’re really looking at a change in the buying cycle as well. Our ability to put some changes forward as a marketing team coincided with these broader strategic changes.”

Marketing’s overarching objective was to improve acquisition and customer lifecycle communications. “We felt we spoke to customers on the odd occasion when we had products to sell, but we were not building depth of engagement,” Latta said.

“The other component was to enable the sales team to be more effective. We’d get leads in through the website and throw them over the fence, and whatever happened would happen. We needed to be not only more efficient as a marketing group by reducing time to market, and getting insights in to adjust our campaigns, but also to increase the behavioural engagement and information on our customers to give these to the business.

“In some respects, it was about making sales value us more for what we were doing.”

To gain this credibility, Latta’s team rolled out Oracle’s Eloqua marketing automation platform over a 12-month period. The prolonged time frame was primarily due to data complexity resulting from system changes across the wider business. Locally, Thomson Reuters was completing a large-scale implementation of SAP and Salesforce, its sales and marketing management system.

In some respects, it was about making sales value us more for what we were doing

“The rest of the business was focused on other implementations, so perhaps I was lucky,” Latta said of her ability to own the project. “We partnered with IT on a functional and technical level, but marketing drove the full project implementation [of Eloqua], which is unusual in our business.

“It was liberating to be allowed to do that, although it meant huge ownership too. But that’s part of driving cultural change and understanding how marketing can contribute to the business through data and analytics, as well as technology that delivers better commercial outcomes.”

A number of considerations drove Thomson Reuters to choose Eloqua. These included wanting a vendor who knew the B2B market, could share local case studies, and had strong integration with Salesforce. The company brought in Eloqua consultants, Marketing Cube, to pull the specifications together and provide implementation and training services.

“We needed a multi-channel approach, and integration on that front,” Latta continued. “We also had pockets of the business that had implemented this system globally, so we could point to successful implementations within the company and the results they had.”

This was vital given marketing’s biggest job was to justify ROI. “We worked with businesses globally to look at what happened. Then we had global endorsement from some people in the US, who were keen to see how we could implement this over SAP and Salesforce given that the long-term strategy for the whole company was to get all businesses onto the same systems,” Latta said.

Up next: The results, plus how marketing automation has changed the way marketing thinks plus skill sets required

To date, Thomson Reuters locally is using Eloqua for all email campaigns, as well as delivering segment-specific content to customers. Phase two, which is due to be completed by the end of 2015, will bring in more behavioural data to acquisition and lead nurturing campaigns, as well as enable “fun stuff” like content washing, she said.

Alongside SAP/Salesforce integration, a major challenge was the data legacy mindset Thomson Reuters was transitioning from, Latta said. As a result, some connectivity established at the start of Eloqua implementation had to be reviewed.

Less of a hurdle was selling marketing automation to the executive team. “It’s hard to argue with the maths, and the fact that we had examples in the global business and could show the results,” Latta said.

While it’s too early to share local results, Latta said global pockets across the Thomson Reuters business who’d already implemented the platform had seen an average 20 per cent increase in marketing leads passed to sales.

“They also saw at least 10 per cent improvement in closed business deals when leads were passed to the sales team,” she said. “My KPI for this year is to ensure the value of leads passed over to sales that are closed shows 10 per cent growth. Based on first-half numbers, we’ll easily achieve that. The other part of this is that we are driving the ecommerce sales channel as a marketing group, and while we have some stretchy targets there, we are tracking at 12 per cent growth in terms of revenue.

“It’s not all down to Eloqua, but we are definitely seeing an increase in clickthrough rates on emails as we are rendering more relevant content; we have seen a drop in the opt-outs, which indicates we’re having the right conversation with people at the right time; and we’ve seen growth in sales and revenue.”

One less measurable but beneficial aspect of the project has been challenging the marketing team to think more about what they are trying to do, Latta said.

“Yes, we have to be agile and make changes as we go along, and jump in as we have business imperatives, but we shouldn’t assume that because we have a product issue we immediately need to have a marketing initiative around it,” she said. “It’s been a great reset for marketing, but also in communicating back out to the sales group.”

In addition, the team has revised campaign activity objectives. “We’re moving into more of a content focus as we go through this solutions journey. Content is not a luxury, but an important component of our campaign structure,” Latta said.

“That has driven us to render appropriate content and follow-up not because it generates a direct sale, but so we can start those conversations. We’ve also thought more carefully about who we speak to when, and rather than just having a weekly email, cut back on some information. As you add in more behavioural information to how you structure content, less is more, particularly in a legal business.”

To ensure teams gained the right skills, Thomson Reuters invested in training as well as several marketing automation superusers. These include a specialist in the digital and commerce team, one in Web programming, and two marketing executives. In terms of campaign execution, most staff with EDM responsibility now have access to the platform, Latta said.

“They’re also much more accountable around the ROI of an individual campaign,” she said. “It’s driven real accountability and responsibility in the marketing group.”

Training is now focused on plotting out buying personas and journeys and getting people to think about customer engagement differently, Latta said. Social integration is another priority.

Thanks to the success of the Australian implementation and international instances, the company is planning a rollout in New Zealand, and there’s a long-term vision to have everyone operating on the platform, Latta added.

This article originally appeared in the CMO, Issue 2, 2015. To sign up for a complimentary subscription to our print title or digital edition, please visit: http://www.cmo.com.au/subscribe.