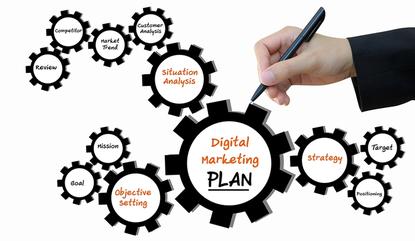 Australian marketers view technology knowledge as vital to their leadership, and three out of five are increasing investments in digital marketing technologies this year.

According to the State of Digital Marketing in Australia and New Zealand report, produced by Econsultancy for Marketo and based on a survey of 472 marketing and senior agency staff, 60 per cent will increase digital investments this year. Those doing so are growing investments by an average of 32 per cent.

Ninety-six per cent also agreed a good understanding of technology is critical for senior marketing leaders.

In addition, one quarter of those surveyed said digital will account for more than half of their total marketing budget. Econsultancy also found the proportion of organisations lifting their digital budgets by more than 50 per cent has increased from 2 per cent to 12 per cent this year. Overall, 45 per cent of respondents are growing overall marketing budgets this year.

Less than half of respondents also claim to have a good understanding of ROI from digital, although 84 per cent expected digital marketing activities to be more measurable this year.

“The perception that leadership is not driving the digital agenda is still seen as a bone of contention,” the report authors stated. “Only 9 per cent of respondents consider the understanding of senior executives or directors of the potential of digital to be ‘excellent’.”

Adopting a more customer-centric approach to marketing was another trend reflected in the report, with 73 per cent of respondents saying their organisation had improved in this area. In addition, 43 per cent of client-side marketers listed acquiring skills to improve customer experience as a top priority, followed by data and analytics (42 per cent).

Interestingly, however, the research cited a decline in the use of customer-focused metrics such as customer satisfaction/advocacy (-4 per cent) and customer retention (-13 per cent), while those using customer lifetime value increased by just 1 per cent to 26 per cent this year compared to 2013.

Just over 60 per cent agreed personalisation was a major marketing focus for this year.

Another key finding was that social media and content marketing are gaining the most investment increases, with 68 per cent of company respondents reporting budgets for these channels have grown.

“Companies now recognise the role online and mobile plays in the customer journey,” he commented. “That means there’s a real need for marketers who are strong on analytics and up with technology, without losing sight of the customer experience.

“The platforms exist to follow consumers from ad-response right through to sale, tracking all stages of the engagement process across multiple channels and devices. Getting up to speed with this technology can be a steep learning curve but many who have grasped the opportunity are improving their market share as a result.”

But Econsultancy VP of Asia-Pacific, Jefrey Gomez, believed some of the metrics being used in the eagerness to provide measurable ROI on marketing spend were short-term in focus. Use of brand reputation as a metric, for example, was down 15 per cent to 30 per cent between 2015 and 2013, while return on marketing investment was up 5 per cent over the same period.

“Brand recognition is seen as important by only 38 percent of the respondents. It’s dropped a lot since the last survey in 2013, when it was 59 per cent,” Gomez noted. “I hope we’re not seeing marketers focusing on short-term sales and forgetting some of the fundamental building blocks of marketing.”