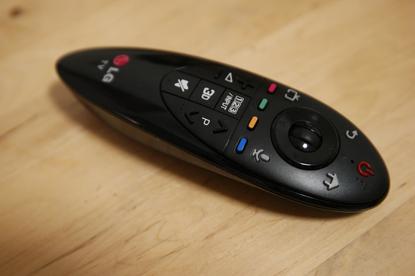 The pair said the platform also allows buyer to plan, buy and report against a number of consumer segments from MCN’s audience panel, Multiview, which uses viewing patterns from 110,000 Australian homes to deliver consumers and purchase behaviour insights.

MCN said the $30 million platform launch, which has been five years in the making, marks a significant departure from traditional TV trading, where advertisers have been limited to buying fixed spot placements. The private exchange has been operating since 1 May and is being used by four agencies including Dentsu Aegis and OMD. It is based on the LandMark trading platform.

“Through this automation, we are delivering advertisers a simpler and smarter way to buy television. Addition, the Multiview targeting capabilities allows for greater data-driven campaign strategies, delivering more effective and powerful campaigns.”

A spokesperson for MCN told CMO it will also look to integrate Network Ten into Multiview and the MCN Programmatic TV platform following news today of a long-term agreement between the two parties. Under the agreement, which kicks off 1 September, MCN will represent Network Ten’s television, catch-up and digital properties for advertisers.

“They streamline an inefficient transactional model and drive greater effectiveness for clients,” he said. “This evolution allows our people to concentrate on business impact and results.”

According to Dentsu Aegis Network group investment and partnerships head and MD of Amplifi, Paul Brooks, the platform has been a huge success for our agency teams and clients and had improved the way it is buying TV advertising.

“We’ve seen increased efficiency, targeting and access to inventory thanks to the platform and believe the system is an excellent foundation into true programmatic TV,” he said.

AOL Platforms MD for A/NZ, Mitch Walters, claimed the launch marks a “quantum shift” in how TV advertising is bought and sold and said he was proud that Australia was leading the way.

“Using rich data and programmatic technology, buyers can plan their TV based on highly targeted audience segments, within a customer-centric platform, leveraging simplistic workflow automation and insightful report,” he said. “It also marks a significant step towards the amalgamation of buying for digital and traditional TV, as the boundaries merge and advertisers look to build campaigns that can track consumers across all media.”

The appetite for programmatic advertising in Australia is voracious. According to a recent TubeMogul report, Australia leads the world for programmatic video advertising growth, while the Third Annual IAB Mobile Landscape Study showed 66 per cent of local respondents had used mobile programmatic buying in the last 12 months. An additional 23 per cent planned to do so this year.

In a bid to try and satisfy – and create further – demand, a host of display and video programmatic media buying platform vendors have also entered the Australian market in the last year including TubeMogul, RadiumOne, AppNexus, and Rocket Fuel.