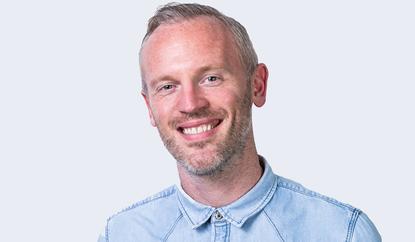 In a statement, Walt Disney Company said Ashcroft will focus on integrated marketing and franchise planning, media strategy, partnerships and social media across Australia and New Zealand. He reports directly to the MD.

Ashton was most recently chief strategy officer at Carat for A/NZ, and also worked as general manager and group business director at Carat Melbourne, along with a stint at Carat UK.

He takes up the CMO’s post from 3 August and will be based in Melbourne.

“Disney’s marketing business is at the core of everything we do: It helps nurture and grow the powerful connection between our stories and franchises and our consumers,” said the company’s managing director for A/NZ, Catherine Powell.

“I am thrilled to have Gavin lead our marketing team as we look to drive integrated partnerships and create leading engagement experiences with fans across multiple platforms.”

Carat’s CEO, Simon Ryan, also wished Ashcroft the best as he switches to a client-side position.

“Gavin is a great person and has been a solid member of the Carat team for over a decade. Disney is a long and trusted partner of Carat’s and it is a fantastic opportunity for Gavin to join the Disney team, follow his passion and he does so with our best wishes,” he said.

Watson-Wheeler took up the CMO’s role in September 2013 after nearly 10 years with Walt Disney Company in various roles including publishing, licensing, and consumer sales. She was appointed general manager of the combined licensing and retail teams in February.