Percolate wants to be a Swiss Army knife for marketing software

The company, which has just received a fresh $40m cash injection, says it offers an all-in-one alternative to myriad marketing tools 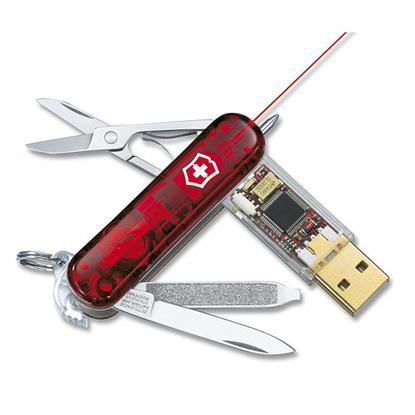 Simplicity is an oft-cited goal in the world of enterprise software, but by most accounts, it's rarely achieved. Percolate is hoping to change that, at least for marketing professionals.

The startup says its namesake software platform offers an all-in-one alternative to the hodgepodge of smaller marketing tools used by many companies today.

Percolate's software is designed to act as a central hub for myriad aspects of the marketing function, including campaign planning and collaboration, storage of all files and brand-identity elements, production of marketing and advertising content, multichannel distribution, analytics and customer interaction.

The idea, in essence, is that marketers can use a single tool to store and publish files, communicate with employees, manage social aspects and create many different types of marketing.

The company, which on Thursday announced $40 million in Series C funding, was launched back in 2011 with a different focus: to help marketers create content that prospective customers would find engaging and relevant.

But as the company grew, its leaders zeroed in on what they saw as a bigger opportunity. "It became clear what the market was really missing was a central system of record for marketing," Noah Brier, the company's cofounder and CEO, said in an interview via email. He said he wants Percolate to be to marketing what Salesforce is to sales and Workday is to human resources, for example.

Percolate seems to be gaining traction. With offices in New York, San Francisco, London, Los Angeles and Austin, Texas, the company claims Unilever, Michelin, GE, Johnson & Johnson and VISA among its 300 or so clients. The company's latest funding round -- which was led by Lightspeed Venture Partners with participation from previous investors including Sequoia Capital -- brings its total intake so far to $74.5 million.

Percolate's plans for this latest $40 million include tripling staff in its San Francisco office to roughly 50 by year's end and growing its overall headcount from 215 to 300. It also aims to expand internationally in Europe, South America and Asia and to explore acquisitions, Brier said.

But he remains undaunted. Percolate's approach to breaking down silos and providing the entire marketing organization with a single system sets it apart, he said, as do its tools for making sure every message properly reflects the brand and for improving the efficiency and transparency of global marketing organizations.

Percolate is building an API ecosystem of platform and integration partners, according to Brier. This means that, most of the time, Percolate can be integrated with customers' third-party software tools to exchange data and files.

Whether it's all enough to keep propelling Percolate forward, of course, is the big question.

Products such as Percolate address a growing need among marketing professionals to coordinate marketing campaigns across a variety of social channels, according to analyst Frank Scavo, president of Computer Economics.

"But long-term, I see these solutions as features of marketing-automation suites, not as a separate category," Scavo said. "Ultimately, I would expect Percolate to be acquired by someone bigger."