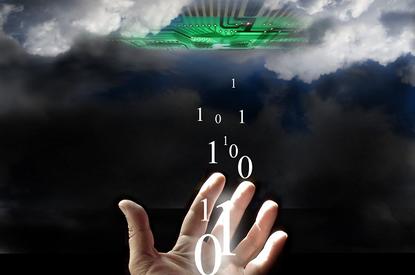 The impact of digital services and delivery on consumers and businesses was made clear in the latest Federal Budget after the Government confirmed its new ‘NetFlix’ tax on digital products and services, along with funding for its digital transformation agenda.

The DTO will become an executive agency on 1 July and receive $95.4 million over the next four years to drive the government’s new Digital Transformation Agenda. According to the latest Federal Budget, the agenda will also receive $254.7 million over the same timeframe.

Stage one of the Digital Transformation Agenda will include $106.8 million for streamlining government grants administration, along with $33.3 million for developing a trusted digital identity framework aimed at making it easier for individuals and businesses to access government services.

A further $11.5 million will be spent on enhancing the ‘tell us once’ service so users only have to update contact information with the government once for it to be shared across relevant agencies. In addition, $7.1 million is earmarked for developing a whole-of-government digital mailbox solution, enabling individuals and businesses to receive and transact with digital messages and documents from government agencies.

The myGov platform will also be expanded to host more online services for individuals.

The DTO will also be tasked with developing a mandatory digital service standard, applicable to all agencies, to ensure digital information and services provided are consistent, simpler and faster to use.

“The Government is investing $254.7 million in the Digital Transformation Agenda to drive innovation and make it easier for individuals and businesses to access government services,” said Turnbull upon announcement of the Federal Budget.

“The DTO will put citizens first. It will lead the design, development and enhancement of government services, and better link online, telephone and face-to-face delivery channels.”

With most industries now undertaking more than half their transactions online, government services need to be smart, efficient and ready for the digital age, the Government stated in the budget.

“In today’s digital world, people have come to expect convenient access to services at a time that suits them. The Government must be at the forefront of moving its services to digital channels.”

Turnbull added the DTO will redesign services to be digital by default. “However, the Government recognises there are some people who will need assistance to transition to digital and we will support them to continue to receive the services they need,” he said.

“Protecting personal information will remain a high priority and security and privacy mechanisms will be put in place to build public confidence in digital services.”

As was confirmed by Treasurer, Joe Hockey, in advance of the Budget’s release last night, the Government is also extending the scope of the GST to digital streaming services such as movie, TV and music. The changes have been labelled the ‘Netflix tax’ in recognition of the company’s launch in Australia and emergence of digital services to consumers.

“It is plainly unfair that a supplier of digital products in Australia has to charge GST and an off-shore supplier does not,” Hockey said.

The GST initiative is scheduled to come in from 1 July 2017 and is expected to generate $350 million over a four-year period. Revenue will then be distributed across all states.

“When the GST legislation was drafted it did not anticipate the massive growth in the supply of digital goods like movie downloads, games and e-books from overseas,” the Government stated in the Federal Budget.

The Government will provide $265.5 million to the Australian Taxation Office over three years from 2016 17 to support a range of activities around strengthening GST compliance.

Hockey said the OECD has recognised the emergence of digital services as a problem for some time and said a number of companies are working constructively with governments to tackle the issue.

“This measure will result in Australia being an early adopter of guidelines for business-to-consumer supplies of digital products and services being developed by the Organisation for Economic Co-operation and Development [OECD] as part of the OECD/G20 base erosion and profit shifting project,” he said.

Those guidelines are expected to be finalised by the end of 2015.

News of a GST on non-Australian streaming heavyweights such as Netflix was welcomed earlier this week by Australian digital TV services provider, Foxtel. The company holds a 50 per cent stake in Netflix’s rival, Presto, which launched in Australia last January.

“The government’s move to enforce GST for the supply of digital content services is the right one,” Bruce Meagher, Foxtel Group Director of Corporate Affairs, said. “The digital marketplace is an increasingly competitive space and it’s critical to ensure that all players that do business in Australia do so on a level field, with no one player advantaged through tax loopholes.

“The introduction of this legislation will not only help to maintain consistency across the competitive landscape, but it will also ensure that Australia gets its due taxes from the companies that choose to do business here, which benefits all Australians.”

Netflix launched services in Australia in March. According to figures from Experian research leaked last week to The Australian, the streaming service now has more than 700,000 site visits daily. In contrast, second-nearest rival, ABC’s iView, has just over 300,000.