Director of Media Industry Group at Nielsen, John Price, shares his tips for for driving a richer consumer experience through mobile devices 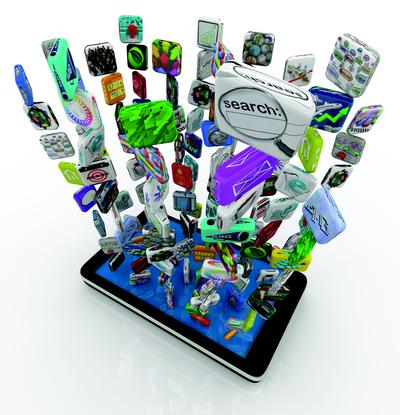 Engagement, social connection and more personalised technology are key themes and trends in terms of customer engagement. They’re also driving mobile marketing as the new frontier of the digital landscape.

Nielsen’s director of Media Industry Group, John Price, spoke at the CeBIT conference in Sydney on what drives consumer’s interaction with brands via smartphones and tablet technology. The research company’s latest Australian connected consumers report revealed 12 million Australians spent 35 hours accessing content, whether via their browser or in an application, in March alone. For people owning a tablet, 7 million accessed content in March for 25 hours.

“We’re seeing tremendous growth in usage of these devices,” Price said. “We’re actually seeing for the first time, since tablets came out, in 2009, a plateau of usage, but we expect smartphone usage to keep growing. In fact, we expect personal ownership of smartphones to overtake even laptops in the next two years.”

For brands wanting to capitalise on this phenomenal growth in mobile usage, the pressure is on to adopt smarter ways to grow consumer interactions. Below, we present five key lessons from Price on smartening up your mobile engagement strategy.

According to Nielsen’s report, half of all time spent on smartphones was either on social networking sites or in gaming. As a result, Price stressed brands must be aware that any interactions with customers is competing with these for their attention.

“I’m not saying everyone at CeBIT runs out and designs another Candy Crush or redesigns Facebook,” he warned. “The point here is the entertainment factor - if you are producing any kind of interaction with your consumers, then have a look at that opportunity.”

Nielsen found 11.5 million Australians in March accessed a social network of some kind on their smartphone, and spent 12.5 hours doing it.

“Ninety per cent of everyone who has a connected smartphone or tablet was using it to access social networking throughout the month,” Price said.

This means businesses and organisations need to create communities that they want their customers connect with.

“For our media clients, we talk about creating communities of people who watch football or whatever their program of choice is,” Price said. “They’re building these communities because they know these are the things that will reel people in and keep them engaged.”

A recurring theme Price noticed when conducting the study was the concept of empowerment, or giving power back to the consumer. He claimed the successful apps were those giving the consumer or user more power over their experience, such as more power over dating in the case of Tinder, exercise and sleeping habits via a FitBit, or music selection and curation with Pandora.

“With technology, there is an opportunity to give the power back to your consumers and therefore get them to be more engaged with your brand and how they interact,” he said.

Price said Nielsen’s report also revealed the importance of the context in terms of where and when consumers are interacting with brands on smartphones and tablets.

“Three out of four Aussies are multi-screening and 31 per cent of Australians are triple screening now, so they’re watching TV, and at the same time, they might be on their laptop and on their smartphone - all in one session,” he said. “Understanding which devices they are on and the combinations of usage, can be really important in terms of designing the total consumer experience with the brand.”

Interestingly, the report revealed 81 per cent of multi-screeners were accessing something relevant on their mobile devices to what they are watching on the big screen.

“If you’re spending millions of dollars advertising on TV, but you haven’t considered the smartphone tablet experience, your consumers might get disappointed when they get there,” Price said. “You need to think about these combinations and the contexts for how the consumer arrives at that interaction.”

Another trend Price highlighted was ‘showrooming,’ when consumers go to a retail store and pull out their phone and take a photo or they look for a cheaper price, much to the frustration of retailers.

According to Price, if you’re doing at least one of these things really well, you’re on the right track.

“If you’re entertaining the individuals somehow, if you’re connecting them with other individuals that matter, whether it’s a personal community, or a community around your cause or business you’re doing really well,” he said. “And if you’re empowering them, putting data back into their hands, you’re more likely to engage them for longer, and have a richer consumer experience.”

“The best thing I can encourage you to do is again to consider that total, user experience,” he added. “If you’re thinking about Apple watches, you need to understand the context in which consumers interact, why they want to come to you and why they want to interact with you via that forum.”