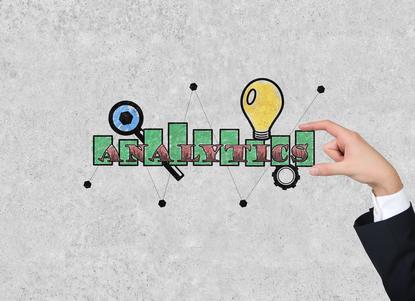 The appetite for big data projects within marketing functions has been revealed through internal customer polling at the Hadoop specialist technology developer, MapR.

Chief marketing officer at MapR, Jack Norris, said a survey of his company’s customers found up to 40 per cent are using the technology for marketing purposes. This was second only to cost savings at 60 per cent (the survey allowed overlapping responses), and well ahead of fraud detection on 20 per cent.

“We have experience with one of the world’s largest retailers that has tens of thousands of jobs a day being conducted on the platform and 50 different use cases, and these are driving significant results on the big data platform,” Norris said.

A key use for big data is recommendation engines to help customers find what they want or identify things that they weren’t originally searching for.

“A lot of that relies on sophisticated segmentation analysis, understanding individual preferences and then being able to react very, very quickly,” Norris said.

At times, this has also led to the creation of entirely new services, such as the music recommendation engine in the Beats music service, which was acquired by Apple in 2014.

“Beats took a very competitive market segment, where iTunes had been out for 10 years, with Pandora and Spotify and a bunch of services, and had this incredible growth spurt and after six months was acquired by Apple,” Norris commented.

Marketers are also experimenting with loyalty programs that take into account a member’s physical location at any point in time to create specific offers. In some instances, Norris has even seen big data implementations started in fields such as fraud detection, spur use cases in marketing.

“And we have seen a lot of organic growth within our customers where they start in one area and it spurs innovation and development in others,” he said.

According to Norris, much of this activity runs against traditional thinking from the data warehousing and analytics community.

“There you are rewarded for really delving into the questions you are going to ask, the analysis that you are going to do, and spend months figuring out what the precise architecture is, because if you get that wrong then you’ll have a data warehouse that is really inflexible and doesn’t meet your needs,” he said.

“It is kind of the reverse of big data, where you have so much flexibility that you are not penalised for experimenting, and having the data reveal some surprises and directions.”

As a result, many assumptions that led to the creation and rollout and structure of data warehouses are coming under scrutiny.

“The assumption that you have production systems that are separate from analytics happened because Oracle relational databases were being brought down because of the analytics that were being done,” Norris said. “So they separated that our and had an operational data store and then shifted things out, and you waited a day or more before that data was available on the analytic platform.”