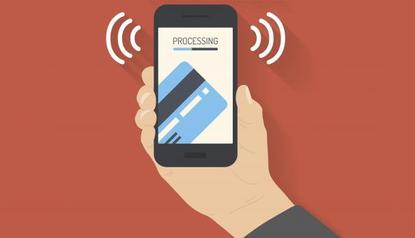 An innovation day at Suncorp Bank aimed at bringing business and IT colleagues together in the name of the customer has triggered the launch of a new bill splitting service.

The feature is accessible via Suncorp’s mobile banking app, which was firstly launched in December 2013.

Suncorp Bank digital banking manager, Simon Clarke, said the idea for BillSplitter came from a recent innovation day, which invited IT as well as business employees with the opportunity to develop solutions to customer problems in a 24-hour period.

Once the idea for BillSplitter had been presented, a team of business and IT analysts and designed then worked on building a customer-ready product.

A minimum viable version was delivered in six weeks. In advance of launch, the team ran a four-week beta trial with nearly 600 customers using BillSplitter. Clarke said the average bill was $215, while the number of people included in the bill split was 2.18. Common bills being split were lunch, dinner, electricity, movies and rates.

“Feedback loops were created in the beta to enable feedback from customers to be sent and triaged directly by the Suncorp Bank digital team to improve and refine the final version,” Clarke explained.

Bill splitting is just one idea that has stemmed from an innovation day, he continued. Suncorp is currently running innovation days annually, and anyone from across the organisation can participate. The next is expected in late May.

“The bank is committed to digital innovation,” Clarke said. “Innovation days allow our teams to push the boundaries and explore their creativity to develop customer-focused technology solutions.

“There are no strict rules or expectations of innovation days, anything could happen. It’s a chance for everybody to share ideas and concepts that add real value to Suncorp customers.”

Related: How innovation labs are helping organisations think like startups

Clarke noted the rapid rise in customers using mobile services, pointing out digital banking activity via mobile has increased by 62 per cent since the launch of Suncorp’s Mobile Banking App 18 months ago.

A recent Suncorp report also found Australians aged between 18 and 64 years of age had collectively spent $20 billion on technology and communication devices in the last year, using personal devices for an average of 5.8 hours per day.

“These figures reinforce the need for digital innovation and through the creation of features like the BillSplitter, we are supporting our customers to remain financially fit in a digitally connected world,” Clarke added.