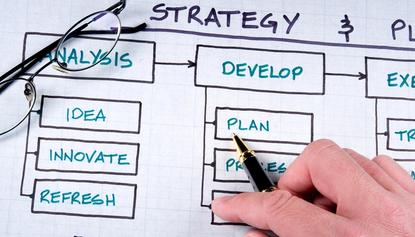 Being a digital-first business requires learning how to be brave, to move quickly, and to embrace completely new ways of working, a leading chief digital officer claims.

Speaking at Harvey Nash’s annual industry debate, focused this year on digital strategy, culture and structure, Network Ten’s CDO, Rebekah Horne, said Australian organisations have historically held a reputation for “giving things a go”. It’s this attitude that needs to flourish in order to cope with digital disruption and drive the innovative thinking required to remain successful, she said.

“The big challenge is that you have to put a lot of time and effort into taking people on the journey [of digital innovation], and that can be difficult if you are someone who is trying to move the organisation to more agile ways of working - it causes friction,” she told attendees.

“You see quite defensive organisations trying to hold onto the mother ship and rather than being opportunistic, they’re defensive about the things happening to them.”

With so many organisations still delivering quarterly results and market size growth from existing channels and business models, Horne and her fellow panellists agreed the transformation and rapid innovation necessary to become a truly digitised business is hard for most to embrace.

“Too many organisations are desperately holding onto existing business models, rather than looking ahead,” Horne said.

Ask most digitally savvy organisations today for a core structural change they’ve made to improve the way they work and you’re most likely to hear Agile methodology, or iterative product and services thinking, in response. Horne was no different, advocating for a rethink of structural processes internally.

Australia Post executive general manager and CIO, Andrew Walduck, said transitioning to a digital-first world also requires fostering greater creative capacity, not just driving efficiencies. In response to a question on whether technology automation and digitisation would remove some of the need for human intervention in innovation, Walduck was adamant people were more important than ever.

“That’s what innovation is all about: Moving from production efficiency to creative capacity is what enables the ideas that disrupt us and allow us to embrace new ways of working,” he said. “We want them [staff] to create new things and fundamental change.”

According to Walduck, the ideas are often already there; the problem is execution and taking the time to disrupt and challenge internal systems and culture to make change happen.

“The real problem is resource allocation,” continued Adam Rigby, the founder and CEO of Nabo, a social networking platform for local neighbourhoods.

“All too often the old-world business is making ten times as much money as the digital business. So all the resources are in the old business and keep doing that. Yet then someone comes along - a complete outsider – and disrupts it all.”

For Horne, a key ingredient in minimising the fear factor around digital change is articulating a vision for what the future looks like. This also comes down to deciding on which part of the new digital value chain you want to represent, she said.

In the media industry, for instance, there is less value in distribution today and more value in owning and producing content, Horne said.

“You have to now think about how you can redefine the business you’re in. You may never be a billion-dollar business again – you might be a really nice multi-million dollar one but with a better profit margin,” she said.

“This [digital innovation] needs investment, it means risk, and a significant ability to execute quickly,” Horne added. “You almost need to just let go and do stuff because you can’t get there without being brave.”