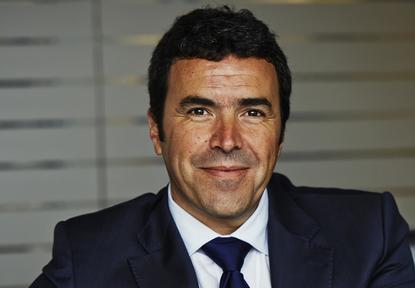 Ximo Soler has been with the organisation since 2000, initially in Spain before coming to Australia in 2012 to lead its A/NZ brand development, product management, marketing and communications strategy. He is also on the company’s senior leadership team.

In a statement, Randstad managing director for Asia-Pacific, Deb Loveridge, said the organisation had been experiencing double-digit growth in the region after less than four years of operation in Asia-Pacific.

The CMO Asia-Pacific role is part of a strategic decision by Randstad Holdings and its group CMO, Frans Cornelis, to have a CMO appointed in various regions around the world, a list that also includes North America, France and the Netherlands.

“This is a wonderful opportunity for Ximo and our businesses in the region to benefit from his wealth of knowledge and expertise, particularly in digital and automated marketing,”Loveridge said. “Ximo has a passion for maximising the use of data and analytics to develop the right strategy through ongoing measurement, which will assist us in the continued acceleration and growth of the company in the Asia-Pacific region.”

Soler’s achievements in A/NZ over the past three years include an exclusive partnership with Qantas business loyalty program, Acquire, formalising its internal communications strategy, automating marketing strategies, securing sponsorship of the World Business Forum in Sydney for the past two years as well as F1 Williams Martini Racing Team, and optimising the group’s investment in the Randstad Award global employer branding research project.

Soler said he was excited by the opportunity to drive the marketing strategy for Randstad across the region.

“While we have been in the Asia-Pacific region for a bit less than four years, our 27 years in Australia and New Zealand and 55 years of global experience benefit both candidates and employers, and in my new role I aim to make sure our customers are aware of all the potential available to them by partnering with Randstad,” he said.

Soler will also join Randstad's newly established CMO council, which is aimed at discussing and aligning on group marketing and communications priorities, as well as setting up joint projects and ensuring involvement of all market perspectives.