Why APIs are big business for brands 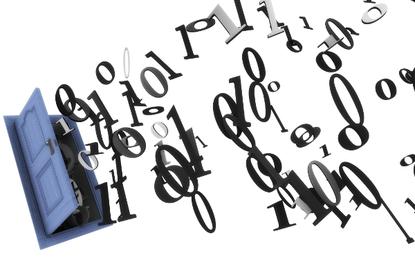 No one ever got rich from giving something away for nothing. Except perhaps, Amazon.

In 2002 Amazon’s CEO, Jeff Bezos, issued an edict that all teams in his company were to expose their data and functionality through service interfaces. This was accompanied by other directives aimed to promote openness and interoperation.

Bezos signed off: “Anyone who doesn’t do this will be fired. Thank you; have a nice day!”

The edict gave rise to the creation of a service-oriented architecture within Amazon, with all interactions managed through application programming interfaces (APIs).

It also gave birth to a phenomenon which Forbes dubbed ‘the API economy’, in an article in August 2012, describing how many of the leading online companies such as eBay, Twitter, Facebook, Salesforce, Netflix – and of course, Amazon – publish APIs for the easy exchange of information between their systems and those belonging to third parties.

An API is a means of expressing the functionalities of a component of software, such as its operations, inputs and outputs, to provide a simplified and standardised way of integrating it with external systems. Unlike older integration methods, such as direct integration, changing aspects of the software does not immediately break the integration.

APIs have become a key element of the Internet, allowing organisations to link together different processes and datasets to boost the functionality of their own systems.

Although often considered as part of the ‘plumbing’ of the Internet, APIs are big business, with Forbes reporting that Salesforce was generating more than half of its US$2.3 billion in revenue through them in 2012, rather than through its user interfaces.

But is it a concept Australia’s largest online players are willing to embrace?

APIs in the field

Examples of APIs in common usage are growing rapidly. It is now estimated by API integration technology specialist, MuleSoft, that there are more than 13,000 APIs in existence.

Regional vice-president for Australia and New Zealand at MuleSoft, Jonathan Stern, describes APIs as a great way to tap into the “digital exhaust” produced by companies such as Facebook, eBay and Amazon.

“More and more organisations are going to subscribe to applications or functions or processes that may be outside their walls,” he says. “These components of functionality are of some value on their own, but they are only really of business value once you get it all connected. And that’s what we are seeing.”

According to Stern, APIs hold significant advantages over older methods of integration, such as XML and creating point-to-point integrations.

“Point-to-point integrations between two systems are fine, but once you add additional systems the number of points grows exponentially,” Stern says. “Any change to one system has a knock-on effect throughout.”

Numerous companies are signing up to the API vision, such as the online advertising technology company, AdRoll, which recently announced a relationship with Apple that enables it to access inventory in the iAds network through an API.

More on this topic: Razorfish Australia's Doug Chapman discusses how to live in the era of APIs

“It allows us to integrate with other large platforms out there and combine multiple data source to deliver efficient and effective marketing campaigns,” he says.

What can be done with APIs is also expanding rapidly. Amazon’s senior manager for technology solutions in Australia, Glen Gore, says his company’s API strategy initially focused on building scale for its product catalogues by enabling other online services to hook into them.

“Leveraging more channels for that product catalogue, and leveraging the logistics behind it, will drive higher volumes of sales, which drives better buying power and drives lower costs,” Gore says.

Today Amazon publishes a plethora of APIs, covering functions including its recommendation engines, product information, advertising, in-app purchasing, virtual currency and more. Gore says the goal is to make it easier for third parties to leverage as much of the Amazon.com product platform as possible, because ‘running big online experiences is not simple’.

Another company that has fully embraced the API concept is eBay, which has published a large range of APIs for its online store and Magento ecommerce platform.

According to the head of product management for Magento, Paul Boisvert, third parties can tap into these APIs to find out information such as which customers are buying the most, or which are abandoning carts.

“It is about extracting all that information that is typically stored in a database and making it available to other platforms so that those platforms can add value,” Boisvert says. “Those core operations can be exposed to other services. The benefit for a partner is that you don’t have to learn Magento, you just have to learn the APIS. And the APIs are fairly common across platforms.”

One Australian company to take advantage of this openness is Dick Smith. Its general manager for information technology, Paul Keen, says use of eBay’s APIs to sell product through its online market is an inexpensive way to drive customers to the Dick Smith online store, and is even influencing traffic into its physical retail environment.

“When you start leveraging APIs you can hook into where the party is,” Keen says. “There are 5 million people a month going to the eBay website, and driving 5 million to ours would be very expensive.

“Instead of trying to grab everyone and bring them into our website we can interact with the potential shoppers wherever they want to interact.”

By offering click-and-collect through eBay, Keen is also able to drive foot traffic into his stores.

“We can drive people into our stores from the eBay channel, which is a whole new customer which we can then convert into a Dick Smith customer,” he says.

The use of APIs has also been critical in meeting CEO, Nick Abboud’s goal of growing ecommerce sales to 10 per cent of total revenue, and then doubling that figure again.

“To be able to do that, you can only go so far with your website,” Keen says. “We need to go to other channels and go where the audience, is rather than get the audience to us.”

By developing an API strategy, Dick Smith has been able to significantly accelerate the process of integration with other parties, including an integration with Catch of the Day, which was completed in just 10 days.

However, Keen says the Australian retail community would benefit significantly from standardisation of APIs across the industry.

“This is a lot of time wasted and complexity involved, and everyone has a different API with a different set of schemas, which means we can’t interoperate with each other effectively,” he claims. “A consortium of APIs or an open API community would help the whole retail community as a whole. We did it with EDI.”

To ease these problems, Dick Smith uses Mulesoft to link up the APIs with its ecommerce systems with those from eBay.

Stern says Dick Smith is typical of organisations that seek to leverage the functionality of partners to extend their reach and capabilities, but adds Australian organisations are lagging behind the US in adoption of the technology.

“It tends to be that we do catch up reasonably quickly, but there is no doubt some of things they are doing over there are further advanced,” he says.

One company working hard to drive the adoption of APIs in Australia is Melbourne-based startup, Three Electric Sheep, whose mobile application Sup taps into multiple APIs to provide users with information about their immediate surroundings.

To date, Sup has integrated with APIs from Twitter, Meetup, eBay and emergency and traffic management services, with more to come. But according to Sup co-founder, David Gillespie, Australian owners of large databases in the property, jobs and automotive market are yet to provide access.

Despite this, Gillespie says it is possible for Sup to get access to this data by partnering with overseas organisations that are allowed access to these APIs.

“We can actually access every single listed property in Australia from all the main providers, using an external company,” he says. “We are finding more and more that we can get to the information we want regardless of the artificial commercial firewalls that have been put in place in Australia.”

His hope, however, is more Australian organisations will follow eBay and Amazon and get on-board sharing APIs. For Amazon in particular, Gillespie says the company understands its value grows as more third parties publish its listings out to the world.

“As long as the transaction goes through them, they don’t care,” he says. “It’s something that Australian businesses have to get their head around.”