Technology company announces Ninemsn as its first local publishing customer and sets its sights on brands, agencies and rights holders 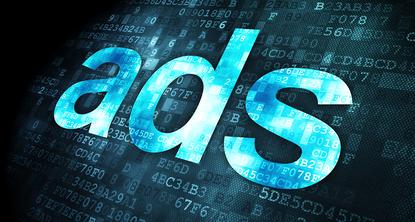 The company, which already operates in the US and UK, has appointed former Microsoft commercial director and industry notable, Kerry McCabe, to lead its Asia-Pacific operations and claims it is set to change the face of automated media buying in Australia.

While the integrated functionality is being positioned as a differentiator for RadiumOne, McCabe told CMO the biggest game changer for marketers is the company’s ability to tap into social sharing networks and the ‘dark social’ data previously considered inaccessible. He pointed out about 80 per cent of content shared by people globally is not through social media channels, but through individuals copying and pasting links into an email and sending them to important colleagues, close friends and family members.

McCabe explained RadiumOne has built ‘sharing widgets’ that can be embedded by any brand with owned media assets on their sites, which provide data on how that piece of content is being shared socially, including which parts of the content are shared most, who shares them (as anonymised data), how often it’s shared, when it’s shared, and what happens to the content afterwards.

“By virtue of their behaviour online, these are their next customers and at the upper funnel of the buying cycle,” McCabe claimed. Not only is RadiumOne allowing brands to track these potential customers, they can also retarget and action campaigns and initiatives based on these insights, he added.

Initially, RadiumOne will target three market segments in Australia. The first is publishers through its RadiumOne's Po.st products, which analyse and provide insights around how a publisher’s audience is sharing content from their properties.

The company’s first publishing partner locally is Ninemsn. The group’s CIO, Kelly Ferguson, said RadiumOne’s OS platform allows it to shine a light on ‘dark social’ activity, as well as grow its organic audience. Ninemsn is also going to offer advertisers access to that audience both across its owned channels as well as the Web.

“Using data to understand our audience value, their brand preferences, intent to purchase and relationships with those most important in their lives, helps us to produce more relevant and engaging content, offering deeper and more effective channels for advertisers to connect with their most valuable audiences,” Ferguson said in a statement.

RadiumOne is also targeting media agencies and trading desks, along with rights holders, such as the sports and entertainment industry, to help them monetise active social audiences and fans, McCabe said.

According to McCabe, his vision in joining RadiumOne is to deliver a much needed injection of actionable proprietary data and connected programmatic technology, giving advertisers and partners a single view of their customers across the Web and mobile.

“With the intense programmatic ‘noise’ of 2013 I decided to go and see for myself which global operators were seriously creating something valuable for brands; rather than merely dressing up re-targeting in RTB,” he said. “This is a combination of capabilities not seen before in Australia.”

McCabe said the group is launching with five dedicated staff in Australia, supported by a global team that manages RadiumOne’s ‘Sharegraph’, its propriety segmentation intelligence on online sharing behavior via real-time campaigns.