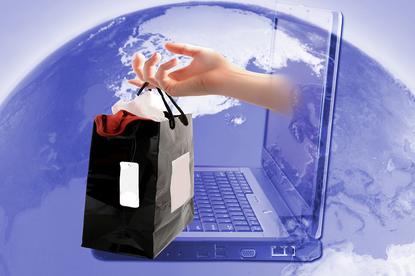 The positive news comes during an otherwise tumultuous time for the retailer operationally, which has included share-trading controversy, the departure of its board leaders, the resignation of its CEO and news of a failed merger with Myer.

The ASX-listed Australian retail giant reported total sales revenue for the first half of its financial year of $1.04 billion, up 3.6 per cent year-on-year, while like-for-like sales were worth $1.01bn and up 1.1 per cent over the same period.

The growth was thanks to a strong second quarter, the company stated. David Jones reported total sales $618.1 million in Q2, a jump of 4.7 per cent year-on-year. Like-for-like total sales revenue for Q2 reached $602.2 million, and was also 2 per cent higher on the same quarter last year.

David Jones’ new webstore, which was cycled for the first time in Q2, delivered 150 per cent online sales growth. The company attributed this rise to increased functionality across the site including click and collect and online gift registry capabilities.

It also pointed out the webstore operated robustly and uninterrupted throughout the higher traffic Christmas and clearance periods.

Two days ago, the company launched its new ‘Shop with Points’ program giving customers with David Jones-branded American Express cards and who belong to its members rewards club the ability to pay online with their points. Customers have the option of paying with points in full or using a ‘points plus pay’ option on any merchandise online.

The steady online and customer loyalty growth comes at an otherwise tumultuous time for the retailer. Just days ago, David Jones announced a shake-up of its board, including the resignation of chairman, Peter Mason, as well as non-executive directors Steve Vamos and Leigh Clapham.

The move was widely regarded as bowing to pressure from disgruntled shareholders following an unsuccessful merger bid from Myer and controversy surrounding allegedly inappropriate share trading. Vamos has resigned immediately; Mason and Clapham are expected to stay on for three months.

In October, David Jones CEO, Paul Zahra, also announced his intention to leave the retailer once a successor was found.