Millions to try on smart glasses in 2014: Deloitte

Smart glasses expected to be most popular form factor 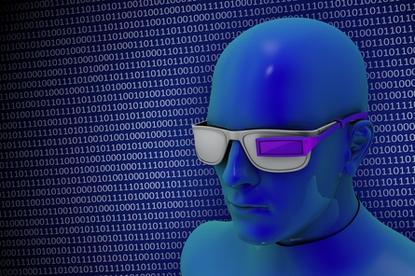 Deloitte has predicted strong sales of wearable computing devices in 2014, with smart glasses expected to be the strongest seller.

In its annual technology, media and telecommunications predictions report, Deloitte predicted that wearables including smart glasses, watches and fitness bands will generate $3 billion in revenue globally in 2014. That will come from the sale of 10 million units, including 4 million glasses, 4 million fitness bands and 2 million watches, it said.

Also read:
The battle for your body is on at CES
Where is wearable technology heading in 2014?
Could wearable computing free humans?

Google Glass and similar head-worn devices will likely be the most popular form factor of wearable computing for consumers and also will have the most potential for use in the enterprise, said Stuart Johnston, Deloitte national leader on technology, media and telecommunications (TMT).

“We’ve been long attracted by flowing digital information that’s in our line of sight,” he said, pointing to the large, colourful ads in New York City’s Times Square as an example. Glasses provide a similar experience for the user, he said.

One reason Deloitte does not expected wrist-worn devices to have the same popularity is that the youth market in general does not like to wear watches, he said.

In the enterprise, the hands-free nature of glasses could improve safety and increase productivity, Johnston said.

"The untold story for 2014 is going to be about the application of wearables and smart glasses in the enterprise,” he said.

In Australia, the mining industry may be a perfect candidate for wearables, Johnston said.

“In the mining sector, safety is a major issue. They have been making investments in technology and data to try and reduce those safety incidents,” he said. “Given those investments, the natural next step would be to look at how [to] use something like Google Glass.”

Glasses may also have applications in healthcare, particularly in surgery and other areas where hands-free access to information is useful, and for public safety and law enforcement organisations.

A police department in the US that trialled Google Glass in the field last year has reported an 80 per cent drop in the number of false accusations made against police, as well as a reduction in police brutality, Johnston said.

Smartphones are likely to reach saturation this year, growing but not significantly, according to Deloitte.

However, one “untapped demographic” where Deloitte does expect to see smartphone growth is in people aged 55 or over, said Mason Davies, Deloitte TMT tech lead.

However, some barriers to smartphone adoption could be an overwhelming number of apps and lack of understanding about how much data the devices consume and the cost of that data, he said.

Also, Deloitte predicted that sales of smaller tablets, with screens sized 8.5 inches or smaller, will surpass large ones this year.

An increasing number of households will buy the cheaper tablets to complement premium tablets they already own, Johnston said. These secondary tablets will be used more like toys than tools, he said.

The complete 2014 predictions report is available on the Deloitte website.

Adam Bender covers wearable computing for CMO and is the author of a dystopian novel about surveillance. Follow him on Twitter: @WatchAdam