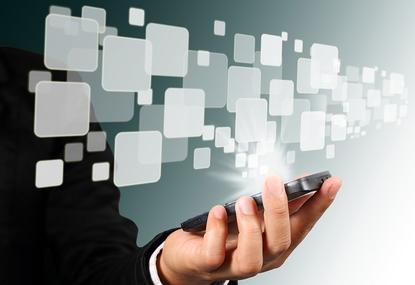 A new benchmark study by DG MediaMind has set out to help marketers improve engagement rates across mobile devices by comparing the effectiveness of different mobile advertising formats across industry verticals.

The advertising platform provider’s new Mobile Performance Benchmarks report is based on analysing more than two billion impressions across more than 1000 mobile campaigns since January 1, 2013.

It found clickthrough rate (CTR) performance for mobile expandable banners, which include filmstrips, pulls, slide and adhesion banners, all outperformed polite banners, 0.63 per cent to 0.28 per cent. Industries doing the best job of expandable mobile ads to date are entertainment, electronics and automotive.

Both expandable and polite banners outperformed mobile standard banner performance, which chalked up a 0.09 per cent CTR.

“Much like the desktop environment, standard banner underperformance on smartphones and tablets is driven by their creative limitations,” the report authors stated. “Because standard banners do not support interactions or banner expansion, they offer minimal opportunity for brands to engage with their target audiences.”

The odds flipped across mobile rich media formats that include online video, where polite rich media banners had a higher video start rate than their expandable counterparts. DG MediaMedia reported 3.33 per cent of videos in polite banners were engaged, compared to 1.51 per cent for expandable banners.

“Because the video player is immediately viewable to users in polite rich media banners, these ad formats also experienced higher video start rates than expandable banners, which require a user to engage with the ad unit first before the player appears in the ad,” the report stated.

When it comes to mobile marketing success by vertical, DG MediaMind found entertainment and news/media had the highest mobile CTR, at 1.10 per cent and 1.21 per cent respectively. Other strong CTR performers included Consumer Packaged Goods (CPG; 0.82 per cent), retail (0.58 per cent) and restaurants (0.50% per cent). The worst performer on the list was telecom at 0.06 per cent.

Mobile marketing budgets set to get a major boost
Location-based marketing: The key to mobile customer engagement?
6 mobile marketing trends to leverage in 2014

In the CPG space, image gallery, location and social sharing were most often leveraged to increase brand awareness and consideration, the key metrics for these advertisers.

Retailers looking to get consumers to visit brick-and-mortar locations most frequently use video, location, weather and downloadable apps. And automotive brands led with image and video galleries, along with mobile site clickthroughs, to keep products top-of-mind with consumers.

“Every day, consumers depend more on mobile technology for their media, day-to-day communications and connections to the world,” said Ricky Liversidge, CMO at DG. “We analysed these factors to give advertisers concrete data that can guide their mobile marketing decisions and help them reach the growing group of mobile users.”

Follow CMO on Twitter: @CMOAustralia, take part in the CMO Australia conversation on LinkedIn: CMO Australia, or join us on Facebook: https://www.facebook.com/CMOAustralia Signup to CMO’s new email newsletter to receive your weekly dose of targeted content for the modern marketing chief.