Local marketing is critical for a retailer or organisation with multiple physical locations wanting to actively engage and attract customers in a specific geographic area. But for brands with one umbrella social media presence, targeting such segments of the customer database can be a challenge.

To combat this, an increasing number of companies are investing in social media pages for each location or store as a way of better targeting their audience. But this raises significant challenges as well, not least around implementation.

How do you set user access, and who should be responsible for managing each individual page, for example? What happens if you have a corporate HQ message that needs to be pushed out simultaneously? How can you compare which local community groups are more engaged than others?

And how do you then compete with the rising numbers of other brands all vying for a share of Facebook’s news feed or Twitter chatter?

This was the challenge facing Australian gym chain, Goodlife Gyms, and its digital agency, Pusher. Being able to communicate on a local level with members of its 65 clubs about promotions, local events and news was a key priority. The group maintained one overarching Facebook page, but this didn’t allow for accurate enough segmentation and a localisation strategy was needed.

To overcome the problem, Pusher, recommended Goodlife set-up Facebook pages for each of its clubs, supported by an overarching social messaging and management strategy.

“There is a fight for Facebook news feeds, and it’s turning into an above-the-line channel because everyone wants to be on it and Facebook has monetised activity,” Pusher MD, Kim Hopwood, told CMO. “So many people want to say something, that relevancy has become critical.

To achieve this, the team needed to allow HQ to broadcast and oversee all pages, while also specifying the level of access different individuals within each location could have. For example, staff at one gym should be able to post comments on their own page, but don’t require access to the corporate umbrella page. Regional or state managers also needed access to multiple Facebook pages depending on their area. 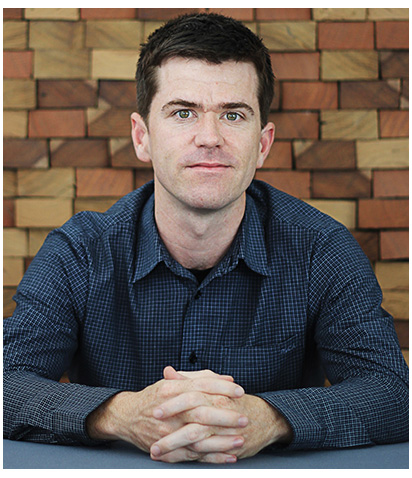 Pusher chose Hearis because it was more affordable than other offerings in the market, offered a diverse range of features, and was developed by an Australian company. “We really wanted a centralised platform and we liked the fact that Hearis is an Australian company and our feedback goes straight back to the team,” Hopwood said.

“We had 65 points of potential risk that have to be monitored,” Hopwood explained. “With Hearis we’re able to set-up tags around red flags, and these are used to send automated emails. “You can also segment via any common feature set you want.”

The Hearis platform was originally rolled out to 10 clubs for a three-month trial, and is now being rolled out to all 65 clubs nationally. Hopwood said the team allocated six months for the project. An important part of the process is educating all staff about the key features and elements of the social listening platform.

The implementation wasn’t without its challenges, one of which was maintaining a carefully phased approach, Hopwood said.

“You’re also getting people who don’t necessarily do brand social media communicating via your brand page, or who are not on the marketing team,” he said.

While it’s early days, Hopwood said the gym is already seeing an overall return on engagement, and will look to measure collective statistics on how many members are engaged, which local communities are more active than others, and where to keep making improvements. Goodlife staff can also identify top engagers for gym locations.

“There was a lot of content that you can’t push out at a national level and that’s where they’re already seeing the value,” Hopwood added. “Social media is growing up, and it’s not just about having one centralised platform anymore."

Pusher also analysed Facebook Insights post level data comparing May, before the Hearis rollout, to June and the clubs that were active on Hearis that month saw an average increase of 25 per cent engaged users across their pages.

The next step for Goodlife Gyms is to expand its localisation strategy to other social platforms. “We’ll start monitoring these and make some educated decisions about which clubs need additional presence,” Hopwood said.

More case studies of how technology is helping marketers