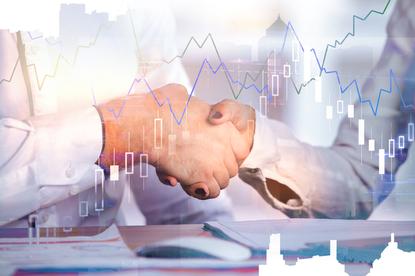 Marketers who fully embrace partnership laud the channel for its efficacy, yet for some others, limited transparency within partnership arrangements has made it difficult to judge the true effectiveness of these programs.

This problem of accountability has been further compounded by a lack of data regarding how partnership programs perform when compared across different organisation. This has made it difficult for marketers to benchmark their programs and learn whether they were maximising their return on investment.

The partner relationship management platform Partnerize is working to bring greater visibility to the success of partnership performance with the creation of the Partnerize APAC Partnership Index.

This region-specific research is based on actual data from users of the Partnerize platform and measure same store sales activity across major industries directly attributable to partnerships. It compares 2021 data to that from the same period in 2020, and tracks factors and benchmarks including average  order value, conversions, commission rates, and customer behaviour.

The goal of the Partnerize APAC Partnership Index is to give marketers a tool they can use to effectively benchmark, compare, and optimise their partnership programs in relation to their peers.

When partnership data is viewed as a whole, as of March 2021, the Index showed an average order value (AOV) of $117 at an average commission rates of 7.5 percent, with mobile traffic accounting for 40 percent of revenue.

Revenue across the APAC region surged across March by 70 percent when compared with the same period a year prior, with the average revenue growth for Q1 sitting at 48 per cent. This shows a sustained year-on-year performance boost for the partnership channel.

While the average commission rate for March shows to be 7.5 percent, this was higher than the monthly average for Q1 of 6.86 percent, slightly up on the average of 6.73 percent recorded for the same period in 2020.

The strength of the mobile channel was also reflected in the mobile monthly revenue share rising by 5 percent year on year, from 36.6 percent to 38.3 percent.

What these results show is the strength and consistency of the partnership channel, while also providing a benchmark with which organisations can compare the performance of their partnership programs.

For instance, the average commission rate across Q1 demonstrates great consistency with the previous year, with the surge in revenue and increase in clicks indicating that marketers do not need to increase commissions to achieve results.

These results also show the increasing dominance of mobile as a key channel for reaching customers, and the importance for marketers to find and recruit partners who have a strong mobile offering, to ensure they are always represented through the customer’s journey.

And while average order value across Q1 showed variation, as might be expected from changing consumer behaviour in the months after Christmas, the strong performance in February demonstrates the overall strength of partnership as a sales growth platform overall.

The Partnerize platform itself is designed to make the processes of discovery, recruitment, onboarding, and management of partners as simple as possible for marketers, while also ensuring they can implement sophisticated and fair commission programs that reward partners properly for the specific role they play in the sales conversion journey.

Thanks to the Partnerize APAC Partnership Index, marketers now have the tools necessary to not only invest in developing more robust partnership programs, but also to assess their performance against industry benchmarks.

This combination of platform and data means Partnerize can help marketers maximise the return they derive from partnership activities while minimising the administrative overhead of operating programs.