Facebook says again that it will change its ways. 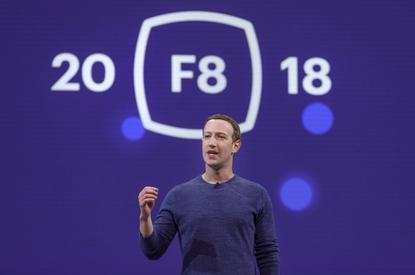 Facebook chief executive Mark Zuckerberg said Wednesday that Facebook would commit to building a new “privacy-focused platform” that would serve as a model for future interactions on the social network.

But Zuckerberg’s lengthy vision plan barely mentioned advertising and completely ignored fake news and other misinformation—some of the top criticisms leveled against the social network.

The model, Zuckerberg wrote, will be WhatsApp. “I believe the future of communication will increasingly shift to private, encrypted services where people can be confident what they say to each other stays secure and their messages and content won’t stick around forever,” Zuckerberg wrote. “This is the future I hope we will help bring about.”

Zuckerberg wrote that he expected Messenger and WhatsApp to become the main ways people communicate on the Facebook network—not, apparently, Facebook itself. Both apps are being redesigned to make them faster, simpler, more private, and more secure, he wrote.

What this means to you: With Zuckerberg and Facebook coming under increasing criticism from Congress as well as users, the company clearly is trying to make amends. The question is: Can users trust it? Time and again, Facebook has committed to changing its ways—and then a new scandal surfaces.

Zuckerberg said that Facebook is basing its evolution on several principles: private interactions, encryption, reducing permanence, safety, interoperability, and securing data storage. Each of those will have some influence over the future of Facebook’s apps.

For example, Zuckerberg said he believes that all private messages should be encrypted, and it’s likely that all private messages will be deleted over time unless the user opts out. But, Zuckerberg added, he’s wrestling with whether users would want potentially embarrassing photos from a few years ago deleted, or whether users would prefer using Facebook as a digital archive.

Zuckerberg also said that the company plans to make its messaging services interoperable, with the idea that you’d be able to message a contact using the service you prefer, and for them to receive it using the service they like to use. “We plan to start by making it possible for you to send messages to your contacts using any of our services, and then to extend that interoperability to SMS too,” Zuckerberg wrote. “Of course, this would be opt-in and you will be able to keep your accounts separate if you’d like.”

Zuckerberg also said, somewhat surprisingly, that it’s willing to let Facebook be blocked in some countries if it means not storing sensitive data there. “If we build data centers and store sensitive data in these countries, rather than just caching non-sensitive data, it could make it easier for those governments to take people’s information,” Zuckerberg concluded.

Zuckerberg’s screed mentions that “significant thought” needs to go into issues like advertising—which, of course, is how Facebook makes money. And Zuckerberg said that “working to improve our ability to identify and stop bad actors across our apps by detecting patterns of activity or through other means, even when we can’t see the content of the messages”—whatever that means.

Still, Zuckerberg’s persistent replies of “we’ll get back to you” when pressed by Congress last year, as well as reports that the company essentially outsources the policing of its most horrific content to hourly workers, means that Facebook still has a lot to answer for. It was entirely too easy to sign up for Facebook and receive a stream of fake news. Ensuring private conversations may be an admirable goal, but it sill feels like it misses the broader point of discussions around Facebook’s role in society.