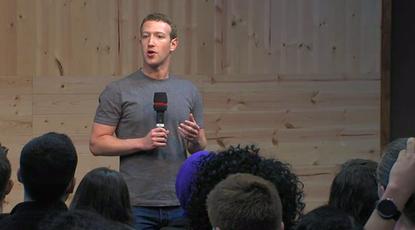 Facebook continued growing its business with ads placed on small screens last quarter, when it generated 73 percent of its sales from mobile ads.

Facebook's total first-quarter revenue was US$3.54 billion, up more than 40 percent from a year earlier, the company reported Wednesday. That was a bit less than the consensus analyst estimate of $3.56 billion, as polled by Thomson Reuters.

With a trove of personal data on its billion-plus members -- many of whom now log in from their smartphones -- Facebook's mobile ad business has become a powerhouse.

During the quarter, which ended March 31, Facebook grew its mobile ad sales by 59 percent to $2.59 billion. After going public in mid-2012, Facebook faced questions from investors over its ability to grow its business on mobile, but the company eventually dispelled those doubts.

On a pro forma basis, which excludes certain costs, such as share-based compensation and related payroll tax expenses, Facebook had earnings per share of $0.42, up from $0.35 last year, and beating the analyst consensus estimate of $0.40.

"This was a strong start to the year," CEO Mark Zuckerberg said in a statement.

The company's costs and expenses rose by more than 80 percent from a year earlier, to $2.61 billion.

In addition to its primary mobile app, Facebook now operates a suite of apps including Instagram, Messenger and WhatsApp. But its flagship app generates by far the most mobile ad sales.

Facebook began placing ads in Instagram in 2013, but by its own admission has done so slowly and gradually. Neither Messenger nor WhatsApp carry ads yet.