Gartner foresees 250m connected vehicles on the road by 2020

Gartner expects one in five vehicles on the road worldwide in 2020 to have some form of wireless network connection. 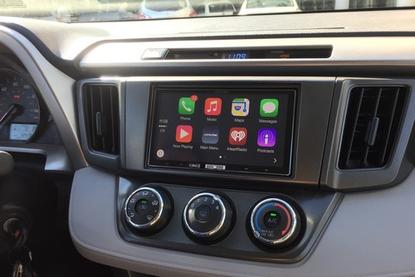 It's no big deal to reach over and poke the physical Siri button below the center of the screen, but I woudn't mind if it were a little bigger.

If you buy a car during the next five years, there's a good chance it will have a wireless network connection that will enable a myriad of mobile services.

That's the prediction market research firm Gartner made today, when it released a report predicting that there will be about 250 million "connected" cars on the road by 2020.

Driving the adoption of connected car technology is the expansion of high-bandwidth wireless network infrastructure, rising expectations for access to mobile content and better service from smartphones and tablets.

Government regulation is also requiring automatic accident reporting functions, such as eCall, a European initiative to bring rapid assistance to motorists who've been in an accident.

For example, General Motors last May began offering Wi-Fi in vehicles such as the Chevrolet Malibu through OnStar and AT&T. The service included 4G-LTE connectivity starting at $5 a month.

Audi announced a similar deal with AT&T for 4G-LTE service, as did Tesla. But the all-electric Tesla will only offer 3G Wi-Fi.

Verizon has partnered with Hyundai to offer 3G Wi-Fi and Chrysler is offering it through Sprint.

By 2018, two automakers will have announced plans to become technology companies and expand their connected-vehicle value experiences to other industries and devices, Gartner said in a report last year. And by 2020, at least one auto company will achieve 10% of its total revenues from connected mobility and service offerings.

A connected vehicle is defined as any vehicle connected to an external network. In practice, the dominant mode will be a connection to a cellular network; eventually, it will include vehicle-to-vehicle and vehicle-to-infrastructure networks using dedicated short-range communications (DSRC) protocols.

The connected vehicle will also lead an expansion of alternatives to car ownership, such as being able to rent an autonomous car through mobile apps and have the vehicle show up at your door, as well as enabling new concepts of mobility.

Connected cars will be a "major" part of the Internet of Things -- from healthcare to the home, Gartner said. A vehicle will be able to talk to wirelessly connected appliances in the home, to say, turn up the heat as you're approaching or warm up the oven. Your steering wheel will be able to take your pulse.

As the amount of information being fed into in-car head unit or telematics systems grows, vehicles will be able to capture and share not only internal systems status and location data, but also changes in surroundings in real time, according to Gartner analyst Thilo Koslowski.

Ultimately, your car will become just another part of your mobile data plan.

Embedded connectivity is being built into new cars to support a variety of safety, telematics, maintenance and infotainment services. The wireless communication module functions as a gateway for those services. The increasing number of sensors and camera modules used throughout a vehicle for a wide range of control, monitoring and automated driving features have the potential to generate a vast amount of data, some of which will be transmitted to the cloud through that gateway.

Telematics services have been an early driver of embedded connectivity in cars and  will continue to play an important role in the evolution of the connected car, Gartner said. Consumer telematics services, such as concierge services and remote door unlocking, have been available for several years.

Enabled by lower-cost cameras, sensors and processors, advanced driver assistance system (ADAS) functions such as forward-collision warning/avoidance and lane departure warning/assist are expanding rapidly from luxury models to more mainstream vehicles. Today's ADAS implementations are largely self-contained; the vehicle senses its surroundings, processes the information and responds with an alert or a control input.

Opening a communication channel to allow these systems to share information with other cars and with roadside infrastructure will make cooperative intelligent traffic systems possible, and pave the way for self-driving vehicles. Cars will be able to report hazards and traffic conditions, select routes to avoid congestion, coordinate with traffic signals to optimize traffic flow and travel in platoons to minimize energy consumption.