Tablet shipments will surpass desktops and laptops in Q4

First full year of tablet dominance will be in 2015, IDC says 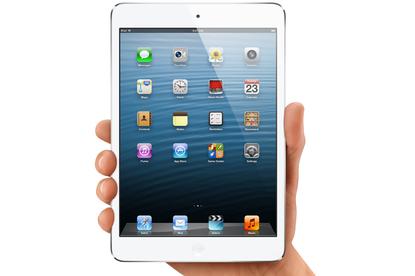 Tablet shipments will surpass desktop and laptop PCs in the fourth quarter of 2013, IDC predicted Wednesday.

The outlook for PC's has been lowered by 10% by IDC for all of 2013, highlighting the tablet dominance in the fourth quarter, IDC said in a statement.

For all of 2013, PCs will still out-sell tablets, but IDC said tablets will surpass PC shipments for a full year by the end of 2015.

In the past few years, tablets have cannibalized PC sales. But IDC analyst Bob O'Donnell said smartphones 5-inches and bigger (sometimes called phablets) will start to eat into the smaller-sized tablet market -- those in the 7-in. to 8-in. range -- over the next 12 to 18 months.

In August, IDC lowered its 2013 tablet shipment forecast by 1% to 227.4 million partly because of the impact of phablets and wearable computing devices. http://www.computerworld.com/s/article/9242006/IDC_trims_tablet_forecasts_expects_wearables_phablets_to_affect_sales

IDC also forecast that the value of all kinds of smart connected devices, which includes PCs, tablets and smartphones, will grow by 10.6% in 2013,. That growth rate will slow to just 3.1% in 2017 due to the increase in low-cost smartphones and the white-box tablet market.

Overall for 2013, the smart connected device market is expected to be valued at $622 billion, with $423 billion of that total coming from sub-$350 smartphones and sub-$350 tablets.

"Lower priced devices will be a game-changer," said Megha Saini, an IDC analyst.

Matt Hamblen covers mobile and wireless, smartphones and other handhelds, and wireless networking for Computerworld. Follow Matt on Twitter at @matthamblen or subscribe to Matt's RSS feed. His email address is mhamblen@computerworld.com.