The first details on the shape and design of the Google Glass wearable computer have been released by the Internet search giant and reveal apps designed for the specs will be unable to display advertising or data from third-party clients.

The Google Glass wearable computer will have a high-resolution display equivalent of a 25-inch high-definition screen from eight feet away, and will capture 5-megapixels images and video at a resolution of 720p, according to technical specs disclosed on Monday.

Google also gave a limited developer preview of Google Mirror API (application programming interface), which it told developers allows them to build Web-based services, called Glassware, that interact with Google Glass. This functionality will be delivered over a cloud-based API and does not require running code on Glass.

Glassware can share content with contacts, which can be a person or other Glassware. The Glassware can also be made aware of users' locations with appropriate permission from users.

The terms of service for developers, however, prohibits them from charging users for downloading their client or from sale of virtual goods. Developers cannot also display advertisements through their Glassware clients, or use data from the client for advertising purposes. Developers are also forbidden from selling data collected through the application to third parties such as data brokers and ad networks. 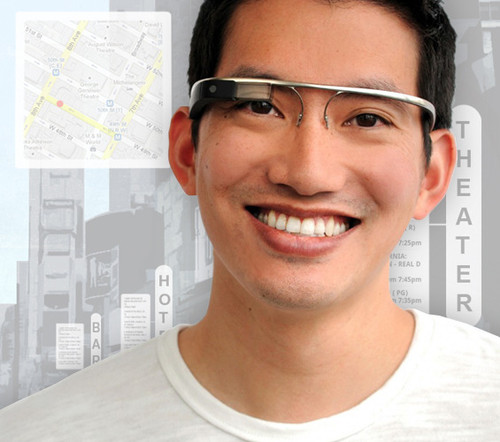 Google has released user interface guidelines, a developer guide and reference documentation on the API for developers.

Timeline cards, which can be text, rich HTML, images, or video, are at the core of the user experience and display the content that users see, Google said. Developers can specify menu items on timeline cards and these can include built-in actions like read aloud, reply-by-voice and navigation tools, or custom actions specific to the service the developer offers, according to the post.

The device will also be Wi-Fi compliant with 802.11b/g standards and Bluetooth, and has 12GB of usable memory, synced with Google cloud storage. It has 16GB flash memory in total.

The battery will support one full day of typical use, though some features like video recording are more battery intensive. Charging is through an included Micro USB cable and charger, and Google recommends the use of the charger that ships with Google Glass, rather than the "thousands of Micro USB chargers out there," according to a document on the Google Glass support page.

Google has notified some users selected under its Glass Explorer testers program that some of the US$1,500 glasses were being produced and shipped in phases, according to reports.