The CMO50 is an annual program recognising Australia’s most innovative and effective marketers. And this is your chance to engage with them!

Launched in 2015, the CMO50 has quickly become one of the most prestigious lists in the country, showcasing local leaders who not only demonstrate data-driven, innovative thinking and a customer experience-led attitude to marketing strategy, but who are driving business change and commercial success as a result.

Join CMO and our CMO50 sponsor, Adobe, for this special webinar as we give CMO readers the opportunity to hear from and engage with the most successful marketing leaders in the country on the issues that matter most to the modern CMO.

During this webinar, you’ll have the opportunity to:

Adobe is changing the world though digital experiences. We help our customers develop and deliver high-impact experiences that differentiate brands, build loyalty, and drive revenue across every screen, including smartphones, computers, tablets and TVs. Adobe content solutions are used daily by millions of companies worldwide—from publishers and broadcasters, to enterprises, marketing agencies and household-name brands. Building on our established design leadership, we enable customers not only to make great content, but to manage, measure and monetise it for maximum impact. For more information, visit www.adobe.com. 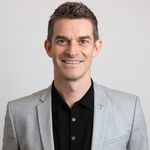 Nick is a professional IT Marketer with direct working experience in Asia having been based in Australia, Singapore and China.

Prior to Lenovo, Nick gained a wealth of expertise in sales and marketing roles built at several FORTUNE 500 companies including Dell, Apple, Gateway and SABRE. Nick worked at Apple as the
National Sales Manager for Consumer/Retail for Australia & New Zealand, where he introduced Apple iPod to over 10,000 locations & drove Mac sales with an expanded channel strategy via store-in-store & re-launched AppleCentre program. Today Australia remains one of Apple’s strongest markets worldwide and remains #1 on a per capita basis. During his tenure at DELL, Nick established and ran both the Business Intelligence function for Dell’s Commercial business and the Segment Marketing Team across the Consumer, Small Business, Medium & Large Corporate, Govt & Education Segments. Prior to Apple & DELL Nick worked at Gateway & SABRE companies as Business Analyst.

Nick holds an MBA from the Macquarie Graduate School of Management, Australia and a Bachelor of Commerce from University of Western Sydney. Nick is based in Sydney, is married and has 2 children.

Jane is the General Manager of Marketing & Customer Experience in the Australian Consumer Division at IAG. Her responsibilities include taking customer insights from all parts of the business, and translating them through to customer experience, product design, brand strategy, innovation, CVP development, and all marketing strategies and communications across a number of consumer brands, the largest being NRMA Insurance. She is also a member of the Consumer Executive Leadership Team

Jane has been with IAG for nearly 8 years, and prior to her current role, led the Personal Insurance Marketing team. Before joining the world of insurance, Jane career’s was founded in roles at Vodafone, American Express, and Avon Products in Australia, with a couple of years as an FMCG product manager in London.

Over her 20 year career across retail, financial services and telecommunications, Jane has become a highly experienced, passionate and motivated customer driven advocate. She is a strong people leader and manager, is results driven and has proven commercial acumen. In both 2015 and 2016 Jane has been recognised as one of the top 20 of innovative marketers in Australia (CMO Magazine December 2015, November 2016)

Outside of work, she juggles life with two young children and her chef husband, which means they can keep somewhat unsociable hours, but they eat well as a trade off! Jane enjoys good food and wine, and on the weekend inevitably pursues an active outdoor lifestyle on Sydney’s northern beaches. As Chief Marketing Officer at Fairfax Media, Michael is responsible for brand, audiences, subscriptions and trade marketing across Australia’s biggest news and lifestyle brands, including The Sydney Morning Herald, The Age, The Australian Financial Review, Good Food and Traveller. Reaching over 13 million Australians every month, Michael continuously looks to innovate and disrupt within the ever-changing media landscape, within insight-driven, data-led marketing solutions across out of home, print, radio, digital and social looking to answer the myriad needs of today’s customer. Scott leads the digital transformation practice in Asia-Pacific for Adobe. He has 20 years of enterprise experience providing strategic advice to c-suite and senior executives in the areas of digital transformation, strategy, marketing, insights, and cloud computing. Scott has advised a broad range of customers (>200 in Asia-Pacific) and industries from finance through to retail, media, telecommunications, automotive and high-tech. Examples include Telstra, Citibank, Samsung, Disney, Westpac, L’Oreal and Etihad Airlines. He is skilled in helping organisations reimagine and transform their customer experience, employee engagement, business models, processes and operations by understanding the opportunities and challenges that new technologies can provide.