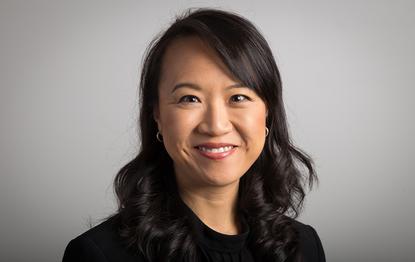 Moon joins the organisation with a firm remit to rebuild marketing for the business. She told CMO the role is a newly reinstated position, with Nuix having been without a marketing chief for some time.

Moon reports to the CEO, Jonathan Rubinsztein, who also recently joined the organisation after a long career in the technology space and is tasked with building an executive team to lead the turnaround of Nuix. Rubinsztein is best known for his many years as CEO at Oracle reseller, Rock Rock Consulting, which was sold to UXC in 2004. In turn, UXC eventually became part of DXC Consulting in 2014.

It was the opportunity to turnaround an Australian-born, global tech company to realise its untapped potential that appealed to Moon. ASX-listed Nuix positions itself as an enterprise software vendor specialising in transforming huge amounts of data from emails, social media, communications and other human-generated content into actionable intelligence.

“The company exists to use technology as a force for good – that is a purpose I can get behind,” Moon said. “The focus is on building top-line growth, through better understanding and serving our customers and partners.”

Moon brings a diverse career background and raft of experiences to the position. For the past four years at American Express, as vice-president of marketing. Prior to this, she was VP of marketing for Luxottica, overseeing brands such as Ray-Ban, Oakley, Vogue Eyewear, Persol, Oliver Peoples, Alain Mikli and Arnette, as well as more than 20 licensed brands. Luxottica also has a retail network of 400 stores across Australia and New Zealand.

Moon’s resume also includes head of brand and marketing for Best & Less, head of group brand as well as director of advertising for Westpac, and brand roles at Vodafone locally and in the UK.

“From Amex, I will take many lessons learnt on leading through Covid-induced uncertainty, and from Best & Less and Luxottica, the experience of rebuilding a brand and business from the inside out will be helpful,” Moon commented.

In its latest trading up in May 2022, Nuix outlined three concurrent horizons it’s looking to realise in order to drive growth. The first is sales excellence including redefining its enterprise-wide marketing strategy and customer experience approach. The vendor is also working to evolve its technology to a modular platform approach, as well as establish an innovation pipeline for adjacent use cases for its enterprise data solutions.

Nuix reported first-half revenues of $84 million, down 1.5 per cent year-on-year, as well as a 56.4 per cent drop in EBITDA to $13.8 million. However, the group also saw a 1.7 per cent increase in annualised contract value over the first half to $164.5 million. Highlights over the period included sizeable deal wins in North America, as well as renewals in Asia-Pacific’s government and defence sectors.