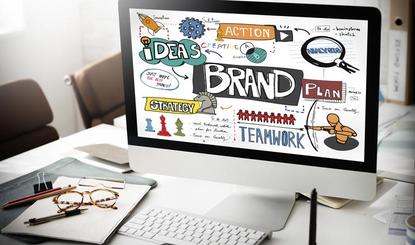 Speaking at today’s AANA Reset event, the creative agency leader took attendees through the principles guiding Activista LA’s work with brands looking to participate in constructive societal changes, from climate change to inclusivity and social responsibility. As Fernandez pointed out, the next generation of consumers are increasingly becoming ‘wallet activists’, driving change by actively choosing to not purchase from brands that do not align with their values.

Fernandez also noted one recent survey, which showed 66 per cent of consumers will switch from a product they buy regularly to a new one from a purpose-driven company. This ratio skyrockets to 91 per cent with Gen Z.

“Every day, we see on briefs talking about purpose and for good. This is not by chance – customers are pressuring brands for that. They want brands to be committed and want brands to take a stand,” he continued. “The problem is a lot of brands don’t know how to do it, or don’t care, or just want to use purpose like celebrities in TV spots.

“To be purpose-driven, you need to be part of the conversation.” And that, for Fernandez, means thinking and acting like an activist.

“If you just think on the surface of something, you won’t get there. An activist is deeply committed with their lives to change,” he said.

“We named our agency Activista because when we started working for projects like this, our creatives had to think like activist, not directors or copywriters. It doesn’t start by understanding the media or targeted ad, or where are we going to be. The logic is different,” he said.

To get there, Fernandez cited several principles Activista uses to guide its activism-led approach.

The first principle is that it’s not about advertising, but about acts. “Ads last as long as media spend but an act lasts longer, for years,” Fernandez said. “When thinking of an act, it’s not about TV or a screen, it could be anything – a shirt, flag, a speech. All our ideas are acts. Even when used in traditional media as a platform, it’s come from an act.”

To change something, don’t change anything

Fernandez’s second principle is to consider the context and reality of the consumers you’re looking to align with.

“If you want to galvanise a lot of people to support what you’re doing, think about what you are asking for. If it’s too complex, few people will engage with you or what you’re asking them to be part of,” he argued.

A program of work Ferandez used to reflect Activista’s approach is with Surfrider Foundation and getting American consumers to care more about the sustainability of the ocean. Instead of talking about menace and the risks to environment, the work harnessed American patriotism to agitate for change.

The challenge was patriotism is typically tied to land mass, not ocean or sea. So the brand adopted the motif, ‘United States and Oceans of America’, and created an American flag featuring blue waves as a symbol of pride and to remind the whole country of its connection to the sea.

The flag quickly became an ongoing source of revenue for Surfrider, triggering 80 per cent growth in merchandising sales. Initial flags sold out in 48 hours. Importantly, the flag and act also became a source of partnership for Surfrider to produce collections of apparel and products with brands such as Igloo, Slow Tide and Billabong.

“This was not just helping raise awareness but raising funds to fight the cause,” Fernandez said.

Using the tricks of advertising, and notably, tuning into pop culture, is also vital in thinking like an activist, Fernandez said. “Think of graffiti art often done by activists to communicate and get to more people,” he said.

A success story for Activista was at the beginning of pandemic, where it used this principle to help consumers better understand physical distancing. Iconic covers from rock albums were reworked to show artists practising 6-feet distancing, including those from The Beatles, Blondie, AC/DC, Queen and Oasis.

Global media coverage was secured in more than 30 languages and the artists themselves started to share the campaign on social channels as well as design new covers, spreading the message even further.

“It was such a serious conversation, and we used pop culture and light-hearted spirit as way to make more people understand,” Fernandez said.

Collaboration is the new competition

Collaboration is another must and importantly, thinking beyond your own efforts. “When you talk about project for good, very often causes are much bigger than one brand and what it can do. You have to be critical about it,” Fernandez said.

As a case in point, Activista LA’s work with Unilever brand, Ren, to talk about its sustainability initiatives resulted in a full-page ad in the New York Times highlighting the positive work its four competitors in the beauty space had done to also tackle landfill and sustainability issues. The final line of the advertorial was recognition that in the fight to sustainability, all these brands are allies, not competitors.

Off the back of this, the four brands formed an alliance to share everything technology, machinery and other innovations to best practices in order to collectively progress quicker towards affordable solutions. Since then, more brands have also joined the alliance to speed things up.

Being in the right place to generate maximum impact is also a guiding principle for Activista LA. As an example, Fernandez noted its decision to harness talk about the investment into space exploration and Mars to flip the focus back on spending more time and investment on Earth instead.

“This sparked lot of debate around the fight for our planet,” Fernandez said. Supported by social media, just one post garnered 140,000 shares as this discussion spread digitally.

Judge your ideas for the impact they can provoke

As a final principle, Fernandez highlighted the need to rethink how brands and agencies judge creative and campaigns in order to become more activism-oriented.

“In advertising, we are trained to judge ideas by their cleverness and how great they are. Sometimes an idea is brilliant, but it doesn’t provoke anything or go far enough to address the point you’re trying to tackle,” Fernandez said. “For a cause or project, you have to first understand the target and impact you need to provoke, then judge the idea by that impact.”

Fernandez cited a recent program with the United Nations around raising awareness of fossil fuels subsidies and getting them on the Cop26 agenda. The tough topic had been a complex one to communicate to the silent majority of consumers who didn’t know enough about its impact on climate change and sustainability.

To tackle it, Activista and partners created an animated dinosaur with a bold message, ‘don’t choose extinction’. Recorded in 58 languages, Frankie the dino’s speech compared the decision to allowing fossil fuel subsidies to continue to investing in the asteroids that wiped out the dinosaurs over 60 million years ago. The activation was connected to a digital ecosystem visualising common excuses against removing fossil fuel subsidies as asteroids in order to spur climate change action. A global collective intelligence platform also allowed consumers to share what they thought with policy makers.

Covered in 98 countries and chalking up in excess of 1.6 billion views. Frankie achieved its desired impact and got fossil fuel subsidies officially on the global agenda and included in all future negotiations.

For all this shift towards being bold and purposeful, Fernandez did warn attendees to align only with issues that are authentic to their brands, rather than seeking a cause for the sake of it.

“We always tell clients the purpose finds the client/brand. You can try and just be on hot topic, but you have to understand essence of the company and where there is synergy with whatever you have been doing,” he advised.

“It’s a whole 360-ecosystem, not just about communication. What your CEO does is important, your advertising, in your shops, your staff – everything together is important.”