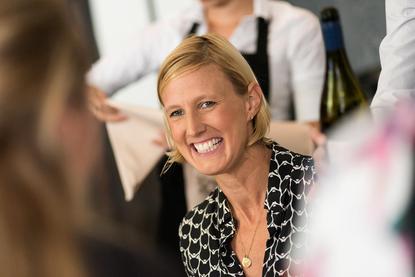 IBM has confirmed a new marketing leader for IBM Australia following the departure of CMO, Jodie Sangster, after more than two-and-a-half years with the tech vendor.

Sangster joined IBM in 2019 to oversee CMO engagement and customer advocacy around IBM Watson in Asia-Pacific. As part of the role, she relocated to Singapore and gained the CMO title, before returning to Australia earlier last year.

Sangster is arguably best known as the former CEO of ADMA, where she spent seven years overseeing the association’s transformation, rebrand and expansion.

An IBM spokesperson told CMO Priscilla Kim has now been promoted to marketing leader for IBM Australia. She boasts of more than 20 years’ experience and is an award-winning marketer. Most recently, Kim has been heading up performance marketing for two years at IBM. She has been with the tech giant since 2007, working her way up from marketing communications specialist to A/NZ demand programs management and event experiences.

“We are excited for Jodie, who is leaving IBM to follow her dream of travelling Australia with her family,” the IBM spokesperson said.

Meanwhile, Sangster told CMO she’s taking a two-year sabbatical to travel around Australia and New Zealand and with any luck “a couple of other countries”. However, she hinted at a non-executive director role in the pipeline as well as couple of other professional pursuits. Sangster worked as a non-exec for Amaysim for five years up until March 2021.

“Overall, I'll be taking a step back from the corporate world for a while and travelling with my husband and dogs,” Sangster said, adding the crew is packed and ready to go.