Are you one of the brands ignoring a lucrative customer segment? 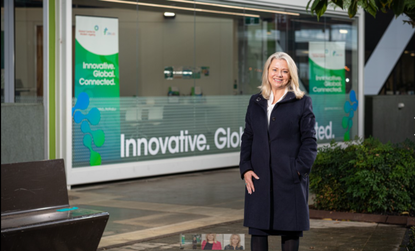 Julianne Parkinson, CEO of the Global Centre for Modern Ageing

A big, growing customer segment with high disposable income is so misunderstood it’s being ignored, according to CEO of The Global Centre for Modern Ageing, Julianne Parkinson.

Based in Adelaide, the GCMA is a not-for-profit organisation which does independent and commissioned research, helping businesses here and overseas to innovate, design, develop, test prototypes, commercialise, package products and develop language for marketing for products for older people. Parkinson believes it's a demographic that will shatter most marketers’ and brands’ expectations.

“We know the market is misunderstood and untapped because of all the research by GCMA, the Council for the Ageing and other organisations here and internationally, and we hear it anecdotally because we work closely with this age group. The Royal Commission into Aged Care also shone a light on the fact there’s not enough products and services for this group," Parkinson tells CMO.

“Another reason we know it’s not being catered for is because the market simply didn’t exist before. We’re seeing changing consumer behaviour and trends in how older people want to live. The adage rings true when people say, ‘I’m certainly not my mother or grandmother at the same age’”.

Parkinson calls it the ‘demographic of the modern age’ and believes it should be the most attractive demographic for brands and marketers to investigate and target because it has never before been so populous nor had such a growth trajectory. As well as being a solid market just waiting to be catered to, the group has never been so healthy and has many years ahead of it. What's more, they’re educated and tech-savvy, keen to participate in life and have never previously had the disposable income they now have through superannuation to fund their wants.

Another bonus for businesses looking to engage with this group is the fact that the market is global and full of export opportunities.

Internationally, the spending power of people 65-plus is estimated to be $11.6 trillion per annum, and Parkinson says this will grow to $19.4 trillion in the next decade. As a segment of world population, the 65-plus  demographic is expected double between now and 2050 to 1.5 billion people. The same demographic in Australia now is 4.3 million and estimated to grow to 7.6 million by 2051.

“This demographic creates a very interesting environment for businesses that might be struggling with where their next five to 10-year growth projection is coming from, especially if their traditional markets are slowing up,” Parkinson says.

“Boards and management of mainstream companies - not already connected with aged care - haven’t been thinking about older markets. They need to understand the facts about older people. It's not just the numbers but also the changing behaviours, profiles, personas and the fact they are looking for personalised products and services just like younger generations. This doesn’t seem to have made it to whiteboards and is certainly not making up the componentry of magnificent marketing teams.”

The desire of eight in 10 people to stay in their own homes has opened a huge market for products and services to make homes safer, more manageable and comfortable.

“They want a better breadth and depth of choices to stay in their current home. This creates enormous business opportunities for all sorts of products and services,” Parkinson says.

But while aged-care providers and safety-oriented companies are more aware of ‘typical senior’ needs around mobility, safety, health and personal care, Parkinson believes almost no product category should be ruled out for older people.

“Their product and service selection is as wide as it was when people were younger. There are very few things we consume as we get older that aren't similar to earlier in life. It's just the way we consume that can be quite different,” she says.

Parkinson cites mainstream categories ripe for 60s-plus products and services including food and nutrition, skincare, fashion, smart home features, hospitality, leisure and tourism, education for interest or career, meeting people, property and financial products and services. Yet she believes almost every sector of the economy intersects with seniors and their needs.

“There is a great opportunity for supermarket shelves – just as we’ve got miles of aisles dedicated to young infants and all their needs. Our palates change in our 70s, just as a child’s can be different to a teenager’s, yet we haven’t catered to this need in mainstream supermarkets,” she continues.

Older people want nutritious food in smaller servings, in packaging that’s easy to open and with directions and ingredients lists that are legible for people whose close vision is not as good as it was. Parkinson suggests food can more acutely meet health needs for the age group but doesn’t mean it can’t be shared and enjoyed with other people.

A great example of a product that works for young and old is the Honda N-box, a city-sized car full of safety features such as error-detecting pedals and automatic, emergency braking. Originally created for young families, its safety features also appealed to Japanese seniors, who make up about half of all owners of the model today.

Japanese firm, Aeon, has also opened stores which appeal to seniors with more accessible shelves, relaxing spaces for anyone who wants to take a break, personal shoppers to assist and slower escalators. Advanced approaches to catering to seniors are also emerging in Scandinavian countries and the US.

The GCMA itself has run trials for products originally created for high-performance athletes only for the maker to later realise there would be a lot more older people who could use that physiotherapy product at home.

Parkinson says research on spending patterns shows  a single 28-year-old woman has a lot in common with a single, 58-year-old woman in terms of how they like to spend money - although there are nuanced differences.

“That’s what we want to open management’s and marketers’ minds to. They can create new versions of great products and services so that they meet the whole market, not just younger markets," she says. "And if you start catering for a new market, it doesn’t mean you forego your existing market. There are a lot of complementary characteristics and behaviours.”

Parkinson believes the 60-plus demographic is misunderstood partly because mainstream businesses hang onto out-of-date stereotypes of older people, and partly because they do not employ them and so do not see them or think about these individuals.

“Some people think this demographic is risk-averse, doesn’t like technology or doesn’t like to spend. Yet the numbers thick and fast around the globe show higher spending,” she says.

“Businesses need to invest in this demographic as if it’s a brand new market. Don’t fall for the trap of thinking ‘It’s customers like we’ve had, plus they’re 10 years older’."

Above all, Parkinson advises businesses to involve seniors themselves in product development whenever possible. The GCMA makes primary research freely available on its site and, on engagement, can use its simulation studios at its Life Lab. The Lab is kitted-out with working kitchen, cameras and sensors so settings can be simulated to validate prototypes - with the help of seniors - in a safe, governed process.

The NFP is responding to business needs in Israel, Singapore, Hong Kong as well as locally. It works closely with people for whom the product is being designed, with seniors helping inform content and style to guide marketers, including practicalities such as Web page design.

“Personalisation is key to meeting market and brand, trust and sales for the future. Let older people be part of the enquiry, come with you on the product journey and you’ll be rewarded by keeping that professional relationship from ideations to prototypes through to products in the market,” Parkinson concludes.