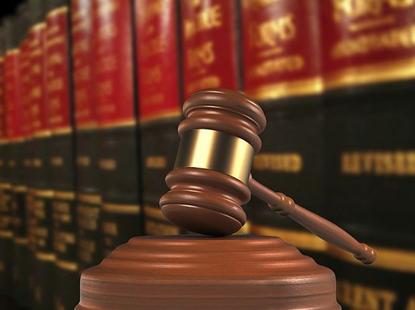 Lorna Jane has been penalised $5 million by the Federal Court after admitting it made false and misleading consumer claims around its ‘LJ Shield Activewear’ technology suggesting it would prevent customers catching Covid-19.

The activewear brand was taken to court by the Australian Competition and Consumer Commission (ACCC) last December after concerns were raised around promotion of the ‘LJ Shield Activewear’ technology through advertising, online and messaging. Among the claims made by the brand were that the technology ‘eliminated’, ‘stopped the spread’ and ‘protected wearers’ against viruses, including Covid-19.

The claims were made in in-store signage, across the Lorna Jane website, through social communications on Instagram, in email communications and in media releases. Examples included the claim ‘Cure for the spread of Covid-19? Lorna Jane thinks so’, and ‘LJ Shield is a ground-breaking technology that makes transferral of all pathogens to your activewear {and let’s face it, the one we’re all thinking about is Covid-19) impossible by eliminating the virus on contact with the fabric.’.

The claims initially raised the alarm of the Therapeutic Goods Administration last July, which fined Lorna Jane nearly $40,000 via three infringement notices. However, Lorna Jane hit back, stating at the time it was not trying to profiteer from the crisis and alleging the technology was backed by research and testing.

In its Federal Court submission, the ACCC said it believed no scientific or technological basis for such claims existed. As a result of the Federal Court proceedings, Lorna Jane admitted it misled consumers between 2 and 23 July 2020.

Lorna Jane admitted it had falsely represented it had a scientific or technological basis for making the ‘anti-virus’ claims about its LJ Shield Activewear, when no such basis existed. The company also admitted it did not have any scientific testing results showing the effectiveness of LJ Shield Activewear on viruses, including COVID-19, nor did it have any scientific results or evidence which would establish the truth of the representations.

As part of the proceedings, it was made clear Lorna Jane’s director and chief creative officer, Lorna Jane Clarkson, authorised and approved the LJ Shield Activewear promotional material, was involved the wording developing imagery used in the marketing campaign, and personally made some of the false statements contained in a media release and an Instagram video. ACCC said participation from the executive was highlighted by the judge as a consideration in making the final orders.

“Lorna Jane falsely promoted its LJ Shield Activewear as eliminating or providing protection from COVID amidst growing numbers of COVID-19 cases in Australia,” ACCC chair, Rod Sims, said. “The whole marketing campaign was based upon consumers’ desire for greater protection against the global pandemic.”

“The $5 million in penalties imposed by the Court highlights the seriousness of Lorna Jane’s conduct, which the judge called ‘exploitative, predatory and potentially dangerous’.”

“This was dreadful conduct as it involved making serious claims regarding public health when there was no basis for them. This type of conduct is particularly harmful where, as here, consumers cannot easily check or monitor the claims made.”

According to the ACCC, Lorna Jane cooperated with the regulatory watchdog in the lead-up to court proceedings, making admissions and agreeing to make joint submissions regarding the imposition of penalties totalling $5 million.

The judgment also requires the company to refrain from any ‘anti-virus’ claims regarding its activewear for the next three years unless it has a reasonable basis for doing so and to publish corrective notices across the same channels used for the original marketing activity. Another must is to establish a consumer law compliance program and pay the ACCC’s costs.