Why this CMO is jumping into cryptocurrency marketing 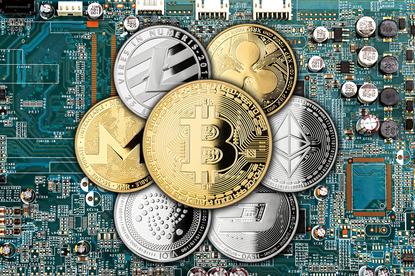 Building trust and educating consumers about cryptocurrency are firmly in the sights of Banxa’s inaugural marketing chief, Dave Malcolm, who officially joined the business this past week.

Banxa is a fiat-to-cryptocurrency gateway provider that aims to bridge the gap between traditional financial systems and new digital assets such as crypto. It does this by providing a payment and compliance platform that enables partners to provide end users with the ability to purchase digital assets via multiple government-backed payment methods, such as credit/debit card, Apple Pay or bank transfer.

Founded in 2014, the company reported total transaction value of $687 million in the year to 30 June 2021, reflecting a year-on-year growth rate of 755 per cent. Its founder and chairman is Domenic Carosa, who has previously co-founded several digital-first businesses including Destra, Australia’s largest media and entertainment company; Collaborate Company, which was behind the DriveMyCarRentals.com.au business; Shopply, which merged with Harris Technology; and ASX-listed AI company, Crowd Media.

Malcolm has spent the past year consulting to several brands including Merivale, where he was heading up marketing, and Real Pet Food Company. He’s best known as the co-founder and marketing chief for receipe and meal box provider, Marley Spoon, where he worked for four-and-a-half-years building the brand in Australia. He’s also undertaken marketing for businesses such as Rockstar Games as well as RedHanded.com and Cammy.

Malcolm told CMO he was keen to return to the digital and technology sector, as well as work for a high-growth and disruptive player. The entrepreneurial leadership prowess of Carosa and CEO, Holger Arians, plus the strong culture of the organisation, also made it an attractive proposition. The Banxa CMO position a global-facing role with international focus.

“I wanted to get back into technology and wanted to work in a high-growth, disruptive sector. In my DNA, I like disruptive businesses, hence working at Marley Spoon, and I’ve been obsessed with technology and future state stuff for a while,” Malcolm said. “When I got approached to join a business growing at 1000 per cent a year, in one of the most disruptive categories on the planet, I had to take it.”

Malcolm identified two clear areas of interest, the first being the opportunity to deploy “the skills and scar tissue inherited at Marley Spoon, which made me into the marketer I am today”.

“It’s also a business that’s at a scale-up phase, and I can have a huge impact on the organisation and the way we deal with partners and customers,” he said.

Much like other payment players like PayPal or Bpay, Banxa requires both a partner marketing approach as well as a direct-to-consumer engagement strategy. Banxa has more than 100 partners including cryptocurrency exchange leader, Binance, plus digital currency provider, KuCoin.

“We also share the customer. What I’m really excited about is picking apart traditional partner marketing while also building a brand in the consumer sphere,” Malcolm said.

As part of the compliance processes existing in the crypto space, providers have to do a ‘know your customer’ check. Malcolm said Banxa’s point of difference is it’s globally compliant. He saw a big part of the strategy focusing on how to educate and build trust in the marketplace.

“If you look at where the Internet is going with blockchain, there needs to be a currency associated with that. The leading currency and standard is bitcoin but there are many others,” Malcolm explained. “You still need to trust it and it’s still a new technology. I firmly believe in the space, which is why I’ve joined Banxa – it’s part of the future state of the Internet.”

Malcolm also pointed to the lack of trust generally around governments worldwide as feeding into his marketing approach.

“Covid has seen us question everything,” he continued. “There is also a general interest to look at alternative mechanisms of storing wealth… it’s a fascinating space and we’re just at the start. One year in crypto is like 10 years in banking, given the scale and growth we are experiencing.”

The priority as CMO therefore is figuring out the best partner and customer experiences as a company while growing at an unprecedented rate, Malcolm said.

“That is going to require a lot of work with people, process and governance, and organisational change. That’s something I have done before,” he said. Banxa currently has a small marketing team globally spread across Australia and Europe and more than 100 employees globally.

According to Malcolm, marketers that have had the opportunity to work for rapid growth startups and ecommerce business have earned their stripes in organisational change and how to deliver at ROI at the same time.

“The big question I use to guide my work is: Will it scale? And what are the processes needed to deliver that? We are going to have a lot of fun holding onto the rocket,” he said.

“Our partners are compliant, but these businesses are highly complicated, there is lots of regulation and change. There’s that part to tackle, but also the role we need to play in educating the end consumer. We are building a category, and we’re very focused on partner relationships, but there’s a big education piece needed as well.”

From a CMO leadership perspective, Malcolm is a firm believer in marketing as an end-to-end pursuit, from the minute of engagement with a brand to the habit-forming lifecycle created. Again, it’s this thinking that will inform his approach at Banxa.