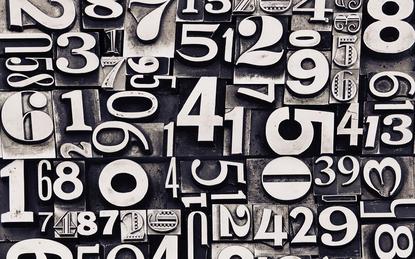 Seven West Media has become the latest media company to sign up to Flybuys’ data division, Unpacked by Flybuys, a deal that will see it joining the dots on audience data across its 7plus connected TV proposition with TEG Analytics and FMCG shopping habits.

The deal comes eight months after ASX-listed media giant struck a deal with TEG Analytics to support its new customer data platform, 7RediQ. Through TEG’s Ticketek 16 million-strong ticket buyer database, and predictive modelling and machine learning capabilities, Seven said it was looking to deliver better insights into millions of Australian consumers, including its verified 7plus users. The intention is to use these insights to deliver better campaign addressability across digital and connected TV assets, including 7Plus and 7news.com.au.

The 7RediQ platform launched last October and is aimed at capturing insights that better profile audiences, looking at key elements such as household composition, postcode, ethnicity, affluency and disposable income, as well as content consumption. Insights are supplemented by second-party data from TEG, Carsguide, Mastercard and others.

To help further with audience data collection, Seven recently made it mandatory for 7plus users to sign-in in order to use its streaming services and assets.

In partnership with TEG, Seven today said it will connect its now 6 million first-party audience identifiers with the data of more than 8 million Flybuys members nationally.

“Our new partnership with Flybuys means 7RediQ has taken a giant leap forward to connect deterministic second-party data at an identity level, making it even easier for brands to reach their key audiences than ever before,” claimed Seven West Media chief revenue officer, Kurt Burnette.

Seven digital sales director, Nicole Bence, said of its 6 million identifiers, it’s showing a 75 per cent match with Flybuys. She saw the data proposition coming right on time as Seven gears up to broadcast the Tokyo Olympics, which kick off on 23 July. As part of its plans, Seven is planning to have 43 channels of Olympics available via 7plus.

“Today’s announcement comes at a perfect time for brands to make the most of the resultant massive increase in digital viewing across Seven’s marketing-leading BVOD platform and maximise the engagement and scale of the Olympics,” she commented.

Flybuys launch its Unpacked offering last September, providing data, insights and measurement into its member base and their shopping behaviours. The B2B data product has been rebuilt from its previous Flybuys Digital Audiences offering and has seen Flybuys partner with News Corp Australia, TEG Analytics and Nine to enhance first-party data accessibility.

At the time, Flybuys chief product officer, Harley Giles, told CMO the data platform has been redesigned to match the three phases that marketing chiefs work around when designing a campaign. “We’ve looked to map our product portfolio to these three phases,” he said.

“The first phase is insights. ‘Help me understand who my audience is.’ The second is ‘show me where I can target those potential users online through a variety of different channels’. The third is ‘help me understand how successful that campaign has been’.”

Among the first media brands to sign up to Unpacked by Flybuys was 10 ViacomCBS Australia and New Zealand last October.