Result of ACCC proceedings against the search engine giant for location data collection, use and information across mobile devices described as world-first 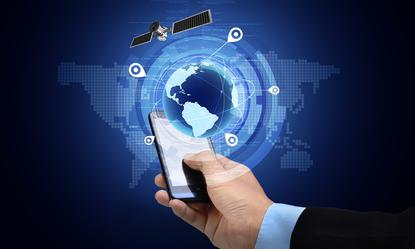 Australia’s Competition and Consumer Commission (ACCC) is claiming a world-first after the Federal Court found Google guilty of misleading consumers about how personal location data collected across Android devices was captured and used.

The findings released today come more than 18 months after the regulatory watchdog kicked off proceedings against the search engine giant, alleging misleading and false representation around consumer data from at least January 2017. The case related to location data collected and used when Google Account settings were enabled or disabled via Android mobile devices.

Today, the Federal Court ruled Google misrepresented details around the ‘location history’ setting when consumers created a new Google account during the initial set-up of their Android devices between January 2017 and December 2018. Specifically, this setting had been positioned as the only setting affecting whether Google collected, kept or used personally identifiable data about a consumer’s location. Yet another setting, called ‘Web & App Activity,’ also enabled the company to collect, store and use this data when turned on. This was set ‘on’ by default on devices.

The court also found when consumers turned the location history setting off, they were further misled by not being informed that the Web & App Activity, when left on, would allow Google to still collect, store and use personally identifiable location data. In addition, when consumers did access the latter setting on their Android device, they were not informed of the setting’s relevance to the collection of their location data.

Within its findings, the court highlighted a number of representations published by Google that added to the misleading information around location data in contravention of the Australian Consumer Law.

“The Court must put itself in the position of the relevant consumer. There is no question that the more one pores over the relevant screens, the more one notices matters of detail, the more one appreciates the literal meaning rather than what might first have been understood and the more one sees nuances and subtleties which might have been overlooked by the consumer,” Thawley stated in his judgment.

“The relevant consumers in the classes identified by the ACCC would have read the material in a manner consistent with the consumer’s context. The question is not whether, on close analysis of written material by the Court after detailed argument, the various screens can be seen to be strictly accurate. The question is whether Google’s conduct as a whole, including what was and what was not stated on the various screens, was misleading or deceptive or likely to mislead or deceive reasonable members of the class of consumers likely to be affected by the conduct.”

Justice Thawley agreed a consumer spending a lot of time analysing what was stated on the ‘Privacy and Terms’ screen and the ‘More Option’ screen would be less likely to conclude ‘location history’ was the only setting that controlled everything to do with location. Yet he didn’t agree this type of consumer represented the masses.

“It must be borne steadily in mind that one is talking about a reasonable user setting up his or her device,” Thawley continued. “I am satisfied that there were reasonable users in that class who would have gleaned [incorrectly] from scanning over or reading quickly through the More Options screen, that Google would not be obtaining, retaining or using personal data about location whilst the Location History setting was ‘off’.

“I am satisfied that Google’s conduct assessed as a whole was misleading or deceptive of, or likely to mislead or deceive, ordinary members within the class identified by the ACCC, acting reasonably.”

ACCC chair, Rod Sims, described the Federal Court’s findings as an “important victory for consumers” and anyone concerned about their privacy online.

“The court’s decision sends a strong message to Google and others that big business must not mislead their customers,” he stated. “Today’s decision is an important step to make sure digital platforms are up front with consumers about what is happening with their data and what they can do to protect it.

“Companies that collect information must explain their settings clearly and transparently, so consumers are not misled. Consumers should not be kept in the dark when it comes to the collection of their personal location data.”

The ACCC is seeking declarations, penalties, publication and compliance orders as a result of the proceedings, and for Google to publish a notice to Australian consumers to better explain its location data settings in future.