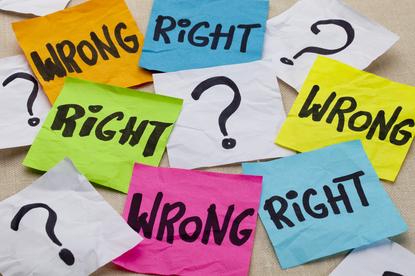 An Instagram post by The Bachelor contestant, Anna Heinrich, has become the first case to breach new distinguishable advertising rules established under the Australian Association of National Advertisers (AANA) Code of Ethics introduced this year.

The social post on Heinrich’s handle included an image of Heinrich in a green dress, and the text, ‘Turning my apartment into a Runway [green heart emoji] Then back to my PJs I go! Wearing: @runawaythelabel’. Complaints made to the Ad Standards Bureau to the post centred on the fact that the post lacked transparency regarding Heinrich’s potential sponsorship by clothing retailer, Runaway The Label, despite overtly promoting the brand’s products.

A panel tasked with investigating the post found the post to have breached Section 2.7 of the new AANA Code of Ethics, introduced on 1 February this year and aimed at lifting self-regulation around advertising transparency and honesty.

In its finding, the panel noted the Practice Note for the new Ethics Code highlights the blurred line between influencer and affiliate marketing and organic, genuine user-generated content, making paid-for posts less obvious to the audience. As a result, influencers or affiliates who are accepting payment, either in terms of money or free products or services from a brand in exchange for promotion, must make the relationship clear, obvious and upfront to audiences through tags such as #ad, Advert, Advertising, Branded Content, Paid Partnership or Paid Promotion.

“The panel considered that while some followers of the influencer may be able to recognise that this post is most likely advertising, there was nothing in the wording of the post and no hashtags which clearly demonstrated that this is advertising material,” the report around the Heinrich post stated.

“The Panel considered that tagging the brand on its own was not sufficient to clearly and obviously show that there was an arrangement between the brand and influencer.”

Ad Standards noted it had not received any submission from the brand in question throughout the investigation process and had not been able to clarify in the Instagram post had been explicitly arranged by the retail brand.

“However, the panel proceeded on the presumption that the Instagram post was authorised by the advertiser, on the basis that Anna Heinrich is a well-known influencer who would be likely to post such material under a commercial arrangement,” the report stated.

The bureau said it had not yet received a response to its determination from Runaway The Label.

“Ad Standards will continue to work with the advertiser and other industry bodies regarding this issue of non-compliance,” Ad Standards stated.