Long-standing marketing chief, Allan Collins, calls it a day after a good run 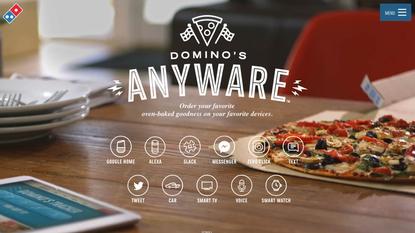 Domino’s is on the hunt for a new ANZ chief marketing officer following the resignation of Allan Collins, who has been in the role for almost 15 years.

The company said in a statement Collins has resigned to pursue new career opportunities and achieved some incredible things during his time at Domino’s – helping to grow the brand into the trusted, well-known household name that it is today. “Over the past 15 years, he has been instrumental in helping us grow the business, challenge the status quo, and build an agile, world-class marketing function,” said Domino’s A/NZ CEO, Nick Knight.

“He will long be remembered for his creativity, charisma and commitment to the Domino’s brand, and his tireless focus on putting the customer first,” Knight added.

Domino’s has introduced many innovations in recent years, including an artificial inteligence (AI)-powered tool that scans, checks and grades every pizza before it goes out the door to ensure it matches its picture in all Australian and New Zealand stores. Other innovations have included augmented reality (AR) pizza ordering via The Pizza Chef, and pizza ordering and tracking through Amazon Alexa and Google Assistant.

In its first financial results for 2021, the company reported a 16.5 per cent increase in revenue to $1.84 billion for the half-year to 31 December 2020 and saw a lift in online sales. Domino’s is also one of several Australian companies to return JobKeeper payments back to the Australian Government, in this case $792,000 over the second half of the 2020 calendar year.

Domino’s is now in the process of recruiting a new ANZ CMO and will make an announcement in due course.
“We have talented people in key positions across the entire marketing department to keep delivering sales growth, before a new CMO is appointed who can bring a fresh approach and new thinking,” Knight said.