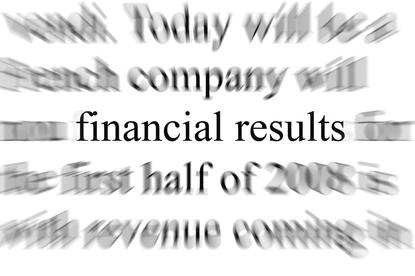 This contrasted with total store-originated growth excluding ecommerce of 7.2 per cent, driven by customers shopping less frequently but buying more each time, the company said.  In total, Woolworths total H1 sales growth was 10.6 per cent to $23.4 billion, while EBIT increased 13 per cent to $1.33bn.

Across the wider group, ecommerce sales for Big W were up 120 per cent, bringing ecommerce penetration to 9.5 per cent of total sales. For the six months, Big W reported sales growth of 20.1 per cent year-on-year to $2.58 billion and EBIT growth of 165.7 per cent to $133 million, driven by strong sales, gross margin improvements and good cost control despite some higher COVID-related costs, the group stated.

The Endeavour Drinks business also saw significant ecommerce lift of 50.2 per cent, bringing sales penetration up to 8.5 per cent in the first half. Overall, Endeavour sales increased by 19 per cent to $5.68 billion and EBIT grew 24.1 per cent to reach $419 million.

Woolworths also reported average weekly traffic to group digital assets lifted 62.4 per cent to 20.2 million, with weekly visits to Woolworths supermarket digital properties was up 69.8 per cent to 12.4 million.

The increase was buoyed by ongoing investments into the WooliesX digital and business division and evolution of the Woolworths retail website into a more of a digital content and media platform. Innovations in the last six months included a refreshed digital catalogue, launch of the ‘Fresh idea for you’ content offering, new online search features, improved checkout process and better speed and reliability of the site.

“Group sales for the first seven weeks of H2 F21 has remained strong, benefiting from continued at-home consumption, Australians not travelling abroad, and a weaker prior year where sales were impacted by bushfires on the east coast of Australia,” Woolworths Group CEO, Brad Banducci, commented. “However, growth rates have continued to moderate over the period in line with the overall market.

“Looking ahead to the rest of the financial year, we expect sales to decline over the March to June period compared to the prior year in all our businesses, with the exception of Hotels where venues were closed for much of the final four months last year, as we cycle last year’s COVID surge. However, in parallel, we also expect COVID-related costs to be materially below the prior year, subject to no further widespread prolonged lockdowns.”

Priorities for the second half including accelerating digital as it becomes an ever increasingly important part of the shopping journey for customers, Banducci said.

“We have added significant ecommerce capacity across the group over the last year which puts us in a strong position to meet our customers’ demands. As growth rates in the second half slow as we cycle peak COVID-demand, we have an opportunity to optimise ecommerce at scale and deliver further efficiency,” he said.

“We haven’t yet seen a material flight to value among our customers but expect value to become more important over the next few years as we emerge from a period of unprecedented stimulus. Value means different things to different customers, so it is increasingly important that we personalise value for our customers. We aspire to do this by leveraging our various rewards programs and continuing to evolve our store propositions to provide the right range for the local community.”

Coles said strategic investments had been made in user experience and capacity, which led to significant improvements in perfect order rates plus customer satisfaction. Across the liquor business, ecommerce growth was also up 90 per cent over the first half.

Total sales revenue at Coles for the first half reached $20.38 billion, a year-on-year increase of 8.1 per cent. This incorporated a 7.2 per cent rise in comparable sales growth in supermarkets, 15. 1 per cent across liquor, and 9.9 per cent across Coles Express. EBIT was also up 12.1 per cent overall to $1.02 billion.

“We have now delivered the first 18 months of our refreshed strategy whilst ensuring we support our team members, customers, suppliers and community partners through a volatile and unpredictable COVID-19 year,” said Coles Group CEO, Steven Cain.

“In the half, we made significant progress in our Own Brand product development, online operations and supply chain automation. Whilst COVID-19 will continue to present challenges it will also continue to present opportunities for change. With a strong balance sheet and team, Coles is well placed to continue delivering on our vision of becoming the most trusted retailer in Australia and grow long-term shareholder value.”