Latest Edelman Trust Barometer shows consumer trust is up across government, business, NGOs and media even as the divide between the trust-inequality gap remains larger than global results 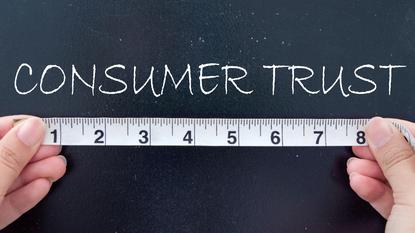 Trust is at an all-time high across Australia’s government, media and corporate institutions according to the latest Edelman Barometer Index - even as the trust-inequality gap remains significantly larger here than globally.

The 2021 Edelman Trust Barometer found Australia is leading the way for trust gains globally, with the overall trust index lifting 12 points over the past year. This included hefty gains across government (+17 points), media (+12 points), business (+11 points), and NGOs (+8 points).  What’s more, all institutions are perceived as ethical and all trending towards what Edelman calls ‘competent’ territory.

Despite this, Australia recorded the largest trust-inequality gap of all 27 countries surveyed, with a 22-point difference between the informed public (77 points) and the mass population (55 points).

The good results for business continue, with 78 per cent of Australians trusting their employer over business generally (63 per cent), followed by NGOs (62 per cent), government (61 per cent) and the media (51 per cent). Edelman noted the strong relationship between employees and employer was present throughout its Barometer, with employers the second most believed and trusted source after government.

But such trust comes with greater responsibility, said Edelman CEO Australia and vice-chair of Asia-Pacific, Michelle Hutton. For example, two-thirds of Australians agreed CEOs should step in when the government does not fix societal problems and 72 per cent believe CEOs should act first rather than waiting for the government to enact change.

“As the world transformed in response to the pandemic, Australians more than ever turned to their employers for guidance, reassurance and information they can trust,” Hutton commented. “The workplace-home divide has been broken down and employers have embraced a new role in their employee’s lives. In an environment that demanded empathy and transparency, a strong bond of trust has resulted between organisations and their people.

“Having forged this bond, the opportunity exists for business to enrich their culture and drive deeper engagement in the post-COVID era.”

This responsibility extends to societal responsibility and brand purpose. Hutton pointed out Edelman’s study showed Australians are looking to their employers to engage on the pressing issues facing society. “Businesses that take up this mantle stand to gain trust across the stakeholder ecosystem,” she said.

Across industry sectors, national trust levels soared. Healthcare, energy, telecommunications and financial services all made single-digit gains in the trust stakes. The exception to the rule was technology, which fell by 5 points.

Despite the positive results, Edelman said Australian media continues to lag other institutions by double-digit figures, with no one media information source seen as trusted. Traditional media (-3 points) and search engines (-1 point) continued to fall, while owned channels and social media have jumped by 5 and 9 points respectively.

The data showed weighty increases of trust in government officials (+14 points), journalists (+11 points) and NGO representatives (+1 point) despite most Australians (68 per cent) still being concerned about the political and ideological agendas of most news organisations.

Edelman said continued distrust of news sources, led by misinformation, has led to the hesitancy around getting COVID-19 vaccinations. The Barometer found Australians with poor ‘information hygiene’, including reliance on social media as a sole source, the sharing of unvetted stories and failure to seek broad news engagement, showed less willingness to get a COVID-19 vaccine within a year. The figures were 67 per cent versus 73 per cent for people with good information hygiene.

Yet Australians are nevertheless recognising they need to take more personal responsibility for how they consume information. Being politically aware was up 33 points in the Barometer, while increasing media and information literacy lifted 30 points and increasing science literacy by 23 points.

At an individual level, job loss is Australia’s number one worry, with more than four in five reporting concerns about losing their job and more than half worried the pandemic will accelerate the rate at which companies replace humans with AI and robots. Almost two-thirds of respondents also reported the pandemic had reduced their hours or eliminated their job completely.

The next biggest concern is climate change, rather than the personal implications of the COVID-global pandemic. Two-thirds of Australians were found to be concerned about climate change and 36 per cent are fearful, sitting ahead of concerns over contracting COVID-19 (54 per cent). Cyber security also made the top concerns list.

The Barometer also exposed Australians have lost trust in their local community (-5 points) and credibility in peers (-4 points), while trust in institutional leaders such as government leaders (+13 points), CEOs (+9 points), journalists (+5 points), and religious leaders (+5 points) have increased.

The Barometer is based on a survey of 1150 respondents per country. Overall, 16 countries gained trust, nine lost trust. The worst losses were in China (-10 points).