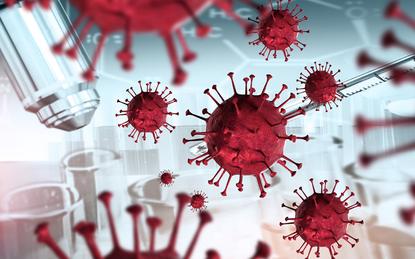 Building Australian consumer confidence lies at the heart of the Federal Government’s $24 million advertising campaign to support the rollout of the nation’s first COVID-19 vaccination program.

The national public education advertising and communication campaign was first revealed by Federal Government minister for health and aged care, Greg Hunt, in late December and is due to launch alongside the first rollout of free COVID-19 vaccines across the country.

Valued at $23.9 million, the ad campaign will see the Government work in partnership with states and medical experts to explain regulatory processes to help convince target priority groups to get vaccinated. It will also detail the timing and rollout to assist people to understand how the vaccines work so they’re clear on when and where they can receive the vaccine, Minister Hunt has stated.

The national advertising campaign will debut across a number of channels, including social media, as well as communication specifically for priority groups, culturally and linguistically diverse (CALD) groups and Aboriginal and Torres Strait Islander people.

According to Fairfax reports, priority groups more susceptible to false or misleading information around vaccines include women between 30 and 39 years of age. The media outlet has cited Department of Health research late last year which showed this demographic to be most likely to hold concerns about the vaccine’s safety.

A government spokesperson told CMO a specific committee has been established involving the CALD community to partner with them in ensuring the messages are appropriate and the right communication channels are used for the specific communities.

Speaking on the ad campaign this week, Federal chief medical officer, Paul Kelly, said the most crucial component of any vaccine rollout, not just COVID-19, is to ensure Australians are confident of the immunisation procedures being used and their importance. While Australia has a very high immunisation rate, throughout various communities, it’s vital to supply information that helps all of us to embrace the rapidly developed COVID-19 vaccine, he said.

“The crucial component of that is confidence in the system, so we need to build confidence in this particular vaccine,” Kelly stated. “Of course, there has been a lot of interest and discussion about it. The approvals and such have gone fast, much faster than usual, for a reason - because of that danger that we are in and trying to get back to some sort of normal life.

“Every tick that needs to be ticked will be ticked before there is any rollout of this vaccine into the community. So a lot of the campaign will be about that and making sure people are confident.”

Another key aspect of communication is ensuring consumers understand some of the practicalities, such as who is first in the queue and why, where those queues might form, and where to access vaccines based on particular groups, Kelly continued.

“So it's those sort of practical things. But confidence is the key first,” he stated.

Also asked about the increasingly targeted and segmented approach being taken by the Federal Government when it comes to COVID-19 communications, Kelly said it’s important everyone gets the message in an appropriate language and with appropriate phrasing.

“We know there are some parts of the community who are more hesitant about vaccines. We need to definitely address them directly, and that’s really important,” he said. “In the end, we want as many people as possible to have this vaccine, starting with those priority groups but then moving into the general population, and so the more people that can be vaccinated, the better.”

More than $40 million in funding is also being provided to streamline processes necessary to the approval and distribution of the vaccine and to ensure clinical information can be assessed in real time. According to the government, this funding for Services Australia, the Australian Digital Health Agency and Therapeutic Goods Administration will allow necessary enhancements aimed at reducing existing manual processes and improving digital integration across their respective systems.