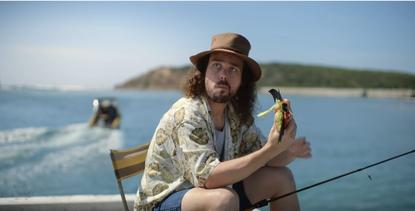 Recognising the devastating impact of COVID-19 on community psyche will inform how Ad Standards investigates a fresh advertisement from retailer, BCF, featuring a man eating a bat sandwich.

The advertising industry watchdog confirmed this week a raft of complaints about the BCF advertisement, which began being broadcast on free-to-air TV from mid-December, has triggered an investigation to determine whether the advertising is in breach of guidelines.

The BCF ad features footage alternating between sunny Australian outdoor water and outback locations and overseas households experiencing lockdown and is accompanied by a light-hearted song touting the benefits of an Australian holiday over the summer break. The ad has the tagline, ‘You couldn’t be anywhere better’ and at one point shows a man in a boat eating a bat sandwich with the lyric, ‘Sharon is kind of upset because someone ate a bat’, implying the COVID-19 crisis was caused by someone eating a bat. The ad has had more than 300,000 views on YouTube.

Ad Standards executive director, Richard Bean, told CMO the bureau is in the process of assessing the complaints to see if BCF has breached any provision of the advertising codes and initiatives and the AANA Code of Ethics.

“Complainants were concerned about the ad making light of what is a very grave situation for many people in Australia and around the world,” Bean said. “Concerns were also related to issues of blame on the basis of nationality, as well as the language used in the advertisement.”

While Australia might be known for its larrikinism and BCF its cheeky sense of humour, Bean said the COVID-19 global pandemic has had a significant impact on cultural sensitivity and norms and made it necessary to pursue further investigation.

“We acknowledge that Australians are known for their larrikin sense of humour. The panel often considers humour during its deliberations, however, the pandemic has had a devastating impact and it is vital the perspectives of affected members of the community are recognised in the complaint adjudication process,” Bean continued.

The Ad Standards Community Panel will assess complaints then adjudicate to determine if the advertising content breaches any provisions of the Code. If the panel upholds a complaint, the advertiser will be notified and given the opportunity to respond. Ad Standards expects advertisers to modify or withdraw an advertisement that has been the subject of an upheld complaint.

“The community panel’s job is to represent the Australian community’s current and prevailing standards on advertising content and all complaints lodged with Ad Standards are taken seriously and handled with respect,” Bean added.

While COVID-19 is largely thought to have originated from a live animal wet market in Wuhan, China, the alleged bat origins of the virus have not been verified by the World Health Organisation.

BCF is a camping, boating and fishing retail brand owned by the Super Retail Group.