Independent supermarket retailer details how it's digitised its customer loyalty program and the benefit to community, suppliers, customers and the business 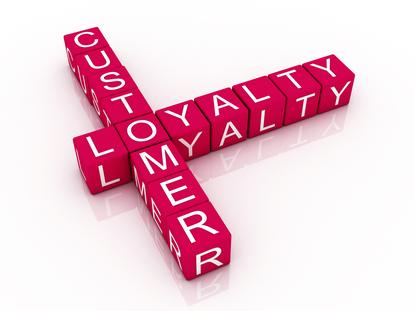 One of the country’s largest independent supermarket owners, Ritchies IGA, has rolled out a new digital customer loyalty program to mature and build on its longstanding customer membership offering.

Ritchies IGA was founded in Victoria in 1870 and now boasts of 75 stores across Victoria, NSW and Queensland, making it one of the country’s largest independent and family-owned supermarket networks.

The new digital customer loyalty program, which has been crafted in partnership with tcc Global, sees the traditional scanned card replaced with a mobile app, providing members with a digital mechanism to earn rewards each time they shop, special and targeted loyalty offers and tailored ecoupons, and claim rewards such as free product and content. Also on the cards in the near future is gamification linked to competitions and savings.

Arguably one of offering’s most important features, however, is its connection with Ritchies IGA’s 27-year old Community benefit program, which allows shoppers to donate money at time of purchase to their chosen local, national or international community group or charity. Since it was founded, the Community Benefit program has seen more than $50 million donated to clubs, schools and charities chosen by customers.

With regards specifically to the Community Benefit program, Harrison said digitisation of its customer loyalty offering allows more customers and community groups to be involved.

“Best of all, our customers love this new platform,” Harrison said. “More and more members are joining every day and the total registrations to date has far exceeded our initial expectations.”

TCC Global managing director for South-East Asia and Pacific, Jim van Bruinessen, told CMO digitising the loyalty offering allows more integration across the business. “It’s not just about delivering rewards, but how to make that experience easier for the shopper and more integrated so the whole user experience is better for customers, suppliers and Ritchies,” he said.

From an operational perspective, a huge win is digitising the process of managing these customer donations to the various charities and community groups of their choice. This was previously a manual process. Now, with a click, customers can nominate, adjust and swap their chosen community group in the app. This also means Ritchies can proactively encourage customers to engage with specific charities or causes as needs arise, such as bushfire relief, van Bruinessen said.

Insights gleaned from digitisation of the platform would also allow Ritchies to provide deeper insights to its suppliers, improving its B2B relationships, van Bruinessen continued, while also helping improve the performance of stores.

As for ROI, van Bruinessen said take-up of the app and engagement are key measures of success.

Rollout of the digitised loyalty program was originally scheduled for April but delayed due to the COVID-19 crisis. Now that things are back on track, van Bruinessen said the biggest focus for the team is to educate shoppers on using the app on their phone. One thing that has helped during the last seven months is adoption and use of QR codes, he said.

“That behaviour change makes it easier for us as more customers understand and are familiar with scanning QR codes on their mobile phone,” he said.

Another learning curve is around educating supplier partners on promoting their wares via digital channels and the app, van Bruinessen said.

Overall, he described Ritchies IGA as a unique and progressive case of loyalty program innovation in Australia at the moment. But long-term, van Bruinessen expected more and more of these approaches to be introduced by other brands.

“We do have a way to go with these sorts of programs,” van Bruinessen said. “Many businesses talk about having a ‘digital offering’, instead of recognising that digital is just part of what we all expect in an increasingly digital world.”