How digital saved the radio star 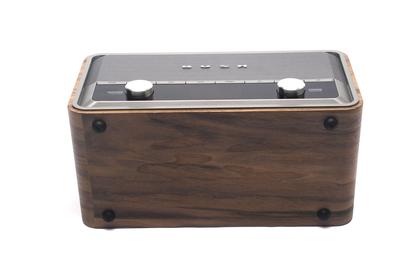 It’s not often a technology which was once thought would signal the decline of an industry actually ends up revitalising it.

With the advent of the consumer internet in the mid-1990s, a huge swathe of consumer attention was redirected to screens, and hence to visual content. The advent of YouTube a decade later then heralded the era of online video. None of this was good news for the commercial radio industry.

But somewhere in the 2000s other technologies began to emerge that would start to describe a future for audio.

In 2004, the first podcasts emerged (a media format that has actually outlived the device it took its name from – the iPod), giving amateur broadcasters an opportunity to reach audiences on demand.

Then towards the end of the decade the first digital radio services started in Australia, which enabled broadcasters to expand their offerings, and commercial radio operators also started getting serious about online simulcasts.

The result a decade later is that broadcasters of all ilk now find themselves with a plethora of audio communication options at their fingertips. This is timely news for an industry that has seen advertising revenue smashed during the COVID-19 crisis.

According to the industry body, Commercial Radio Australia, advertising revenue for the September quarter dropped 28.1 per cent from the previous year, coming in at $130 million. If the industry is to recover, it will do so with a very digital flavouring.  And for marketers, that means many more options for finding and communicating with niche audiences.

According to the IAB, digital audio is starting to attract their attention, with this year’s IAB Audio Advertising State of the Nation Report finding in February that 90 per cent of media buyers were placing ads in streaming services. Of this, 75 per cent were embracing podcasts, with brand awareness the main driver for the audio market growth.

But one of the biggest developments over the past decade has been in the attitude of the radio industry itself. While many executives were initially dismissive of digital media, especially given the commercial failures of several early Internet-only ventures, the industry is wholeheartedly embracing digital technology and moving beyond initial forays into catch-up and highlights content to commission original content and form partnerships with other media companies.

Reframing the role of audio

One of the most bullish networks for digital is SCA, whose PodcastOne network reported a 158 per cent growth in its listening audience between March and September this year. SCA now co-creates more than 90 original domestic podcast titles, and according to its chief sales officer, Brian Gallagher, has many more in development.

“What we’ve got the opportunity to do now is completely reframe the role of audio for listeners, and you’ll see more and more of that over the next 12 months,” Gallagher tells CMO. “We have a very rapid escalation of digital products coming out to enhance what we’ve already got, because we don’t see those kind of growth rates in listenership actually falling backwards any time soon.”

When combined with its digital radio channels, Gallagher says SCA’s digital assets now reach 3.5 million Australians, which is almost half of the 7.5 million it can reach through its traditional broadcast assets. Importantly for SCA, those new channels are delivering new revenue.

“The digital revenue in this business is still slightly under 5 per cent of our total turnover, but if you go back a couple of years it was a negligible percentage,” Gallagher says. “And this is all accretive, and over the course of the next few years it will double and double again.”

Those numbers are also proving interesting to marketers, and Gallagher says the ability to service niche audiences has even attracted advertisers to SCA who previously had no interest in its broadcast audiences. The next step involves working with advertiser to cocreate content and formats that will meet specific audience goals.

“They see podcasting as a different type of format,” he says. “We have had a number of live productions in play right now that are being made on behalf of satisfying a brand brief. And that will become more and more common. It’s the radio version of the ad-funded TV show.”

As many in the industry are finding however, monetising podcast content can be a tricky business – something that NOVA Entertainment’s head of podcasts and digital content (and PodSchool founder) Rachel Corbet, has learned through her time in the industry.

“If someone hears a bad ad when they are listening to a drive show, they don’t think that they hate that the host allowed that ad to go on, it is seen as an entirely different thing to the content of the show,” she says. “But the opposite happens in a podcast. The idea that you are in someone’s head is really important, and it can make things that wouldn’t be jarring on radio or television feel very jarring in a podcast.”

Corbett says the need to align ads more closely to the content and tone of a podcast arises from the more personal connection listeners feel with podcast hosts. That becomes even more nuanced in those instances where the host is reading the sponsored message.

“You’ve got to be really careful about the words that you put into the mouth of a host because it has got to be reflective of exactly what people would be expecting from them in the content portion of the show,” Corbett continues. “If it doesn’t fit the ethos of the show or doesn’t sound right, that can impact somebody’s listening experience in a bigger way, and it can turn people off the show entirely.

“What we are monetising as podcast creators is the trust that people have in the person that is creating that content.”

Corbett’s current role is to build out the suite of original podcast content at NOVA Entertainment, which means finding the sweet spot between the content the network wants to be a part of, and what is actually going to appeal to an audience.

“Everything starts with a conversation about who our audience is,” she says. “Then any decision you make around format, length, what the content is going to be, that needs to be made with that person in mind.”

But podcasting isn’t the only way in which digital technology is revitalising audio media. According to chief executive officer at Commercial Radio Australia, Joan Warner, about 2.5 million people a week are now streaming radio on their mobile phones in Australia’s five major metropolitan markets, and a further 1.1 million are listening via their home devices.

“The radio ecosystem has become more and more complex and more and more sophisticated over the past few years,” Warner says. “We are not only a ‘one channel offering’ anymore. The amount of listening to radio content now taking place over mobile phones and via smart speakers is increasing year on year.

“The industry made a decision a few years ago that we had to be in all of these digital spaces.”

One of the key decisions was to work closely with Google and Amazon to ensure radio streams could be found easily through smart devices. This is proving critical to the future of radio, given the number of broadcast radios owned per household has dropped from five devices a decade ago to an average of 2.2 now. At the same time, research group, Statistica, estimates the household penetration of control and connectivity devices, including smart speakers, sits at 12.8 per cent for Australia today, and will rise to 38.4 per cent by 2025. This is also in addition to the 3.6 million Australians who listen on wireless digital radios.

Up next: Addressable advertising in radio, plus future trends

Rapid growth is also driving significant investment in digital audio advertising technology, both for ad insertion and for campaign planning and buying.

Commercial Radio Australia has worked to make this process easier through the creation of an industry-wide media briefing platform, RadioMatrix. Warner says the next request from buyers has been to enable them to plan campaigns involving podcasts as well.

“We are hoping by March next year that we will have one very slick, integrated way for agencies to go in, put out a brief across all the ecosystem for radio, call for proposals, assess those, and work on those,” Warner says. “And maybe in the future it’s a buying platform as well.”

There may still be some work to done before the opportunities are fully realised. IAB’s annual Digital Audio State of the Nation survey released early this year reported that while the ease and speed of audio creative development is a great attraction for Australian agencies, only 17 per cent of media agencies are consistently tailoring their creative to suit the different audio environments.

Perhaps most exciting for the industry, however, is how digital technology is bringing addressability to audiences. While broadcast has commonly been thought of as a reach medium, the ability to gain targeted audience information on listeners who are coming in through apps and other services is  a new capability for, and one that Warner says is being actively investigated.

“We are looking at addressable advertising and how we monetise our streams and how we do it in a way that still retains the value of a broadcast audience as well,” Warner says. “We’ve got a bit of an abundance of riches in radio. We’ve just got to make sure the mosaic work for our advertisers and agencies.”

SCA for one is aggressively chasing the opportunity of addressable advertising in addition to its traditional role in providing broad demographic reach through its 99 terrestrial radio services across the country.

“Mainstream media companies that have addressable identified audiences of quality, where there is transparency in terms of delivery, is a totally new journey for Australian media companies,” Gallagher says. “And for the audio players, it is a game changer.”

By delivering audience connections through SCA’s own apps, the broadcaster can collect data on listeners at a depth that was never possible previously, and is using this to offer a much more targeted in-stream options for advertisers.

“A client may be running a campaign with us, but our system may be serving up 300 different versions of their creative depending on location, weather, sports scores – anything we want to do to create a variable,” Gallagher says. “Not only is an advertiser able to target their audience, but they can adjust their message in real time.

“The major media buying groups are right now looking very, very closely at the expansion of these inventory levels and getting onboard rapidly.”

However, the granularity of data drops away to just bulk audience figures when interaction comes through other platforms such as smart speakers or the Apple iTunes store.

“What you’ll find over the course of the next few years is there will be a lot more discussion around the role that audio plays in the communication entertainment and information space, because you can’t shut your ears,” Gallagher says. “People are starting to recognise you have to have a really strong brand proposition in the audio space.”