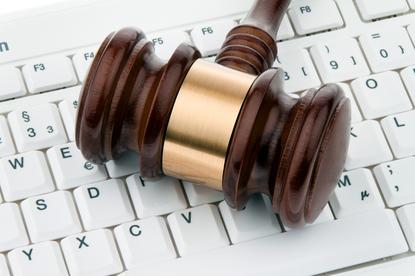 Trivago has lost an appeal through the Australian Federal Court against an earlier decision finding it guilty of misleading consumers on hotel room rates on its website and via TV advertising.

Following action taken by the Australian Competition and Consumer Commission (ACCC), the hotel comparison website was found by the courts to have breached Australian Consumer Law for nearly three years by favouring those that paid the higher cost-per-click to advertise on its website.

The judgment made in the Federal Court of Victoria on 20 January 2020 found Trivago guilty of misleading consumers since at least December 2016 by representing its site as helping consumers quickly and easily identify the cheapest rates available for a given holiday. Instead, its site algorithms placed significant weight on which online booking site paid Trivago the most to advertiser.

The initial judgment stated Trivago did not sufficiently disclose to users that this algorithm existed, and had also misled consumers by using strike through prices and text compare the rate of a standard room with the rate for a luxury room at the same hotel.

Trivago appealed the decision in March. However, in a judgement made on 4 November, the Federal Court upheld the initial decision. ACCC chair, Rod Sims, said this was a win for consumers and important warning for all comparison sites to not mislead the public about results they recommend.

“We brought this case because we were concerned consumers were being misled by Trivago’s claims that its site was getting the best deal for consumers, when in fact they were shown the deals that benefitted Trivago,” he stated.

The matter now returns to the primary judge to consider orders sought by the ACCC at a later date for declarations, injunctions, penalties and costs.

The ACCC initially commenced proceeding against Trivago in August 2018, alleging the website had been misleading consumers on providing an impartial and objective price comparison service helping consumers find the best deals available on hotel room bookings from other site since December 2013.

In its submission, the consumer watchdog cited more than 400,000 instances where Trivago’s advertisements had aired using these misleading representations about price. For example, during proceedings, experts for each side disputed whether Trivago’s algorithms favoured ‘best price’ or ‘cost per click’ as the driving criteria for displaying hotel offers, and the impact of ‘win/loss’ analysis, bidding prices and other inputs to rate the success of deals. The result was Trivago’s own data showed higher-priced room rates were selected as the top position offer over alternative lower priced offers in 66.8 per cent of listings.

In addition, the ACCC alleged online strike-through comparisons were either false or misleading and may have resulted in anti-competitive behaviour. The ACCC said its investigations and data showed the majority of consumers visiting Trivago’s website clicked on the most prominently displayed offers for each hotel.