What Farmlands did to digitally accelerate member engagement in the crisis 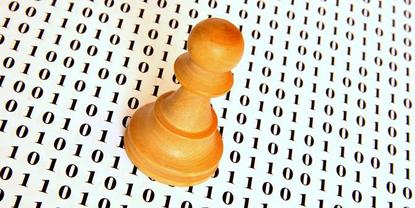 It’s a problem many brands have been working for years to solve: Growing interest in digital engagement and commerce and a need for greater capability to meet it. But in Farmlands New Zealand’s case, the timeframe for a response was shortened to just three weeks after the COVID-19 pandemic and lockdown struck antipodean shores.

Farmlands is a large co-operative with 70,000 shareholders focused on rural supplies and services. It operates 82 retail stores across New Zealand, as well as several businesses such as a manufacturer of farming products and petrol station chain, Challenge.

Over recent years, Farmlands has been through a much-needed technology transformation of its back-end systems. Having instigated a raft of mergers and acquisitions, the group wound up with technology duplication and disconnection, including seven ERP systems. The three-year program of work, worth $90 million and dubbed ‘Braveheart’, saw the group roll out Microsoft’s business software products including Dynamics 365 and Teams.

Farmlands New Zealand chief digital officer, Richard Wilkinson, told CMO as part of the transformation, the decision was made to shut down a ‘ropey’ and largely unused ecommerce portal in order to drop in a completely new website and ecommerce. This effort, due to land in November, is one piece of a wider ambition to lift the group’s digital and marketing prowess.

“So we turned ecommerce off, then COVID happened and we had nothing,” Wilkinson said. “We hit lockdown, and the group had no way of shareholders ordering products, apart from calling us up.”

Faced with this huge problem, Wilkinson and his team quickly went to its vendor partners to develop capability that would help its stores sell.

The result was ‘COVID click-and-collect’ or ‘CCC’, created and pushed live in three weeks. In three more weeks, the site recorded sales ten-times what Farmlands had previously achieved in an entire year.

“We called it ‘CCC’ because we wanted people to know it was temporary. It does the job but it’s not what we are hoping to provide long-term as our full-noise ecommerce offering,” Wilkinson said. “Sales figures aside, the feedback from shareholders was amazing – it was a real Kiwi ingenuity moment. It was welcomed and ended up doing very well for us.”

CCC has been built on Adobe Experience Manager (AEM) and integrated with Farmlands’ Microsoft CRM. Wilkinson was quick to note building a commerce site on AEM “is not really recommended, but with time of the essence, this has ended up being awesome”.

Using CCC, members could login using their shareholder account, allowing Farmlands to recognise their location and local store. They could then order a truncated list of products off CCC to pick-up in store, pay on their account, and choose a time to collect. Shops were sent the relevant information, taking the burden away from email or phoning to order.

“It also gives stores that flow-through of having products ready as well as forward ordering,” Wilkinson said. “As an essential service, this helped us run things smoother and remove some big bottlenecks. And it’s been an unintentional PR win for us, doing things under duress for shareholders.”

Since launch, CCC has had half a dozen iterations, firstly to improve capability, then to change product information, add advertising and some basic targeting. In the background, Wilkinson’s team has been developing Farmlands’ full ecommerce offering, which will go live in November.

While CCC may have been temporary, it’s certainly provided an impetus for Farmlands to accelerate digital engagement and marketing transformation. Thanks to the unprecedented COVID environment, CCC has given Wilkinson and his team a clear gauge on the appetite for digital across its member base.

“We had a captive audience but we never predicted it would be such a hit,” he said. “It’s really opened up the floodgates with what we were enabled to do. CCC got us runs on the board and proved itself pretty quickly. That means all the other things we’re doing are moving more quickly.”

Fast track to the future

Not that there wasn’t a desire for digital before COVID struck. “Farmers, from the outside, can be seen to be late adopters. That was also my view coming in, but it couldn’t be further from the truth. Our user base is a lot savvier than you’d think, but you have to offer instant value,” Wilkinson said.

“It’s about doing things like self-service or ecommerce, but it has to be really simple and the sell very clear. Because we had such a low digital business, and a great back-end now in place, we’re geared up to do good stuff, particularly around targeting and marketing to our user base.”

Having worked for the likes of Rugby New Zealand and Stuff, Wilkinson was familiar with Adobe’s marketing platforms and is rolling out the vendor’s AEM and Adobe Target platforms as the foundation for digital marketing and engagement. As a first step, Farmlands is transforming its shareholder portal, where communications and membership details relating to the co-op, such as points for its Choices Rewards Programme, can be found. This was going live at time of press.

“Our members will happily jump on the phone and wait an average of 8.5 minutes to change the simplest details like address or email. We will soon be able to surface that info in a portal, which is a win for us as it reduces calls to the call centre. It’s also a good experience for those members,” Wilkinson said.

Farmlands’ full-blown ecommerce offering will then take centre stage. One of the key capabilities of the ecommerce site will be full delivery fulfilment.

“That’s a big challenge – how it actually gets to you. At the end of the day that’s what you remember. The UX might be nice but if it takes three weeks you’ll never go back,” Wilkinson said. “We’ll also have lots of targeting and personalisation – for example, we’ll recognise you upon login, and your user and store preferences. Then there’s a much better product set. Have about 1000 products on CCC, it will be much more than that.”

Marketing automation is not far behind, and the minute members sign up to a portal, they’ll get more content and visibility of what they like, while Farmlands will build insights into what to surface. At present, EDM open rates sit at 41-42 per cent even without targeting. Wilkinson expected this to go right up.

“The size of the opportunity is difficult to quantify, simply because we pride ourselves on being a face-to-face business. Our members know the people in our stores on a first name basis – and vice versa. Short term, for us the size of the opportunity depends on where COVID-19 takes the world. Our members provide an essential service – providing the world with food and fibre. Increased awareness and seasonal requirements could grow that figure even more,” he said.

Alongside sales, a big KPI for Wilkinson off the digital improvements is reducing call centre volumes. In particular, he saw the shareholder portal reducing calls around its Farmlands Card. The card can be used to access deals, rebates and to purchase goods both with Farmlands and elsewhere. “There’s a big spike in the call centre every month when that bill hits. Freeing up time there also opens up the ability to do more proactive calling,” Wilkinson said.

“Another KPI is elevating NPS – our members are vocal on what they love as well as with complaints.”

But even as digital increasingly gains focus, Wilkinson recognised shareholders love human connection and the interaction of going into stores. “That will always be there, but there’s also some cool stuff we could do with in-store digital which we’ll look at,” he added.