The US government files antitrust suit against Google 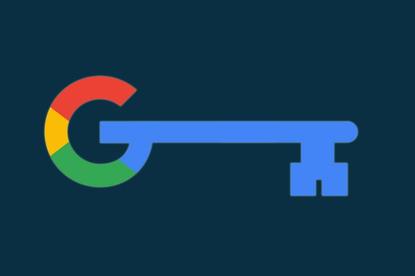 Google has been hit with an antitrust lawsuit by the US Department of Justice (DOJ) for unlawfully maintaining a monopoly in search and search advertising, in what the DOJ says is a violation of US antitrust laws.

The suit comes after the DOJ launched a review of online platforms in 2019, which included an antitrust investigation of Google that has found convincing evidence the search giant uses “monopoly power to lock up key pathways to search on mobile phones, browsers and next generation devices, depriving rivals of distribution and scale,” the DOJ said in a statement.

The DOJ said this limits competition which harms users, advertisers and small businesses in the form of fewer choices, reduced quality (including on metrics like privacy), higher advertising prices and less innovation. This suit is separate from concerns raised about content moderation and political censorship by online platforms.

Described as the “monopoly gatekeeper of the Internet”, the DOJ wants to directly challenge the market dominance of Google in the same way it did to Microsoft 25 years ago. Back then, it launched action against the PC maker for dominating the operating system software market by insisting on having its software along with its browser, Internet Explorer, pre-installed on compatible computers, reducing competition.

The DOJ said this action against Microsoft is what allowed Google to flourish from a startup to an Internet behemoth today. However, “once Google itself gained dominance, it resorted to the same anticompetitive playbook,” the DOJ stated.

Google has responded, calling the suit "deeply flawed" and arguing it will artificially prop up lower-quality search alternatives and make it harder for people to get the search services they want to use. It says this suit risks tilting the playing field in favour of particular competitors and that people choose to use Google search and are free to change to other search platforms.

The Department's complaint relies on dubious antitrust arguments to criticize our efforts to make Google Search easily available to people. Yes, like countless other businesses, we pay to promote our services ... we negotiate agreements with many of those companies for eye-level shelf space. But let's be clear—our competitors are readily available too, if you want to use them," Google said on its blog.

In Australia, the Australian Competition and Consumer Commission (ACCC) has been investigating digital platforms, including Google and Facebook. At present, it’s working towards a news media bargaining code that would compel Google and Facebook to pay news publishers when news stories are shared via their sites.

The ACCC is also investigating the digital advertising market, examining issues to do with competitiveness, efficiency and transparency, which will take a close look at Google’s search and ad business in Australia.