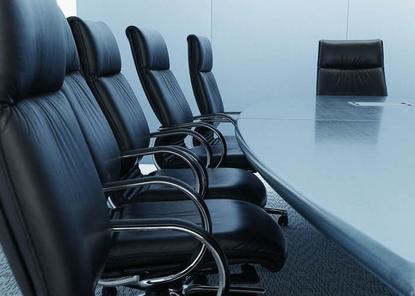 iSelect has promoted its chief marketing officer, Warren Hebard, to the top job after an external and internal executive search.

Hebard joined the ASX-listed online comparison marketplace in March 2018 as CMO and gained responsibility for iSelect’s commercial partnerships five months later. In a statement, the company said Hebard’s significant contribution over the last two-and-a-half years, and in particular, his focus on improving marketing spend efficiency performance and helping turnaround the company’s business trajectory, made him a great choice for CEO.

Hebard takes the reins from Brodie Arnhold, who was appointed interim CEO in April 2018, having previously served as a non-executive director at iSelect since September 2018. Arnhold’s remit upon taking up the interim position was to address several significant issues with the business, which iSelect has stated are now resolved.

As part of the transition, Arnhold remains on the iSelect board and will mentor Hebard as he steps into the top job. ISelect chairman, Chris Knoblanche, thanked Arnhold for his hard work during a difficult time for the company.

“Brodie, with the support of his executive leadership team, has guided the company through these challenges and the board believes that the time is now right for Brodie to complete a handover to a permanent CEO,” he stated.

The company highlighted adjustments made to its operating model during in the last few months of FY20 as showing positive early signs for FY21. These include the introduction of a ‘future operating model’ placing greater emphasis on marketing ROI, profitability and cash flow in the short to medium term. To help, the group brought in a new telephony platform integrated with its Salesforce customer stack, debuted customer account capabilities such as online ‘saved search’ functionality and tracking on monthly active users, and improved marketing automation.

In addition, iSelect said it was benefitting from recovery of the energy market, which was reflecting through its energy conversion rates approaching FY19 levels, plus deferral of health insurance annual premium rises from 1 April to 1 October 2020 leading to increased demand in September.

Hebard said he was energised to be taking up the CEO’s post. “Having worked closely with the entire executive team on the development of the FY21 strategy, I am confident that the plan we have in place is the right one,” he commented.

“Brodie hands over a business that is on track to deliver significantly improved profitability in FY21 and is well placed to return to growth in FY22.”

The company posted a Q1, 2021 EBITDA of $8.1 million, up from $1.7 million year-on-year, and is expecting to turn positive during the second half of FY21. The company reported a net loss of $43.5 million in the last financial year off underlying revenue of $123 million.

Last week, iSelect also reached a settlement with the Australian Competition and Consumer Commission (ACCC) regarding allegedly misleading comparison service claims on its website between November 2016 and December 2018. The settlement included paying a penalty of $8.5 million, spread over a three-year period.