Inside the Netflix path of data-driven innovation 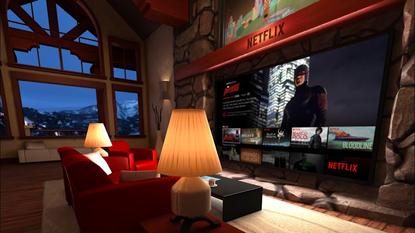 Creativity is about coming up with the ideas but data is the key to assessing if something is working, says Netflix co-founder and its first CEO, Marc Randolph.

Speaking at Tableau’s Conference-ish event last week, Randolph talked about data-driven innovation. The author of the new book That Will Never Work, on the birth of Netflix explained his process of using testing and analytics to help make decisions. And it's clear data has been a crucial part of Netflix's eventual success.

“I spent the first half of my career in direct marketing and direct response. I did catalogues, mail order and magazine circulation. And the key to all that was that you had to use the creativity to say, ‘should I do a blue envelope or a red envelope?’ or ‘Should I have this on the cover or that on the cover?’,” he said.

For Randolph, creativity is about coming up with the ideas but data is the key to assessing if something is working. Understanding this and pairing creativity, innovation and testing gave Netflix the ability to understand what was working and what wasn’t working.

It freed up people in Netflix in the early days to almost try anything the business was interested in and that looked relevant because it could assess using data whether it worked or not. Randolph said the culture in Netflix also developed from an egalitarian approach to ideas where everyone’s ideas and opinions were equal and able to be tested and analysed with data.

“What data allowed us to do is realise that no one has a lock on good ideas,” he said. "In fact, the thing that actually unlocked the problem or solved the problem could come from anybody. And once you realise that, the true arbiter of truth is the data. It makes things so much simpler and just democratises everything. And that became culture.

“Fundamentally, we knew data would tell us the truth.”

Building a data culture inside an organisation is the key to ensuring data has a positive impact on a business. According to Randolph, this means putting the tools in people’s hands to make decisions based on what is shown in the data.

“The leading statement should start with ‘the data shows’ and it’s what informs the discussion from then on,” Randolph said. And when it comes to understanding the customer, data stands in for the consumer who is not able to express themselves directly.

“You have to rely on what you can discover about the customer, how they behave, what they purchase, what they watch, what they did and how they move through a website,” he said. "That tracking and understanding [for Netflix] came from building a system to allow us to have the data to make these good decisions. It permeated literally every single piece of that organisation.

“I truly believe it was the fundamental ingredient, not just to our success, but to our huge competitive advantage. A lot of people who were trying to copy us, they were copying externalities and flying blind to the way we were working.”

In working with data, it’s also important to look for surprising or unusual things, a process Randolph described as “intuition-based discovery of reality”. “Ideas and data, they are inextricably tied to each other,” he said.

The seven-time founder said after a long stint working with startups, he’d become cynical about the “mythical good idea”.

“ A good idea is just the starting point,” he said. “It’s actually the point from which you start this voyage of figuring out why it's not a good idea.

“You may go, ‘Oh I didn't expect that, but that's interesting’. And that is the next idea, then the next idea and the next. So unless you cobble this ability to understand what's happening with that bad idea, it just flops."

This realisation that there's a way to know if it's a good idea or a bad idea frees you up to try, Randolph said.

“What separates the great entrepreneurs from the not-great entrepreneurs is not how good they are coming up with ideas. It's how clever and creative they can be at finding ways to quickly figure out if their ideas are good or not,” he said.

Randolph added the critical insight into how you pair ideas with data is that it's about building the system, the culture and the process for testing lots and lots of bad ideas.