How Spacenow increased reach by 600 per cent during the pandemic 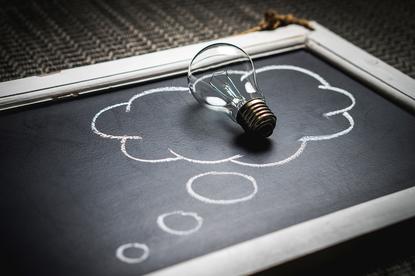 The brainchild of founders, Barrett Ovens, Daniel Gunning, Baydr Strik and Nick Leary, the company’s business model is based around providing short-term space for a broad range of commercial clients. According to Barrett, the original idea had been to build a portal that would connect would-be renters with suppliers of desk space. But the team realised a solution for that problem could also be applied to many other problems.

“The idea of Spacenow became, how can we build an ecosystem for everybody to find flexible space, regardless of what type of space it was,” Ovens told CMO. “So our business model is to activate underutilised assets and communicate to people that these spaces could be used flexibly.”

The team immediately set about establishing relationships with suppliers ranging from large property managers and hotels that wanted to rent out meeting spaces and office suites, to schools and universities, and even the Royal Agricultural Society of NSW. According to Spacenow marketing and strategic partnerships manager, Laura Trevini, some of these clients represented big wins that propelled the company forward quickly.

“As a startup, budgets are always quite limiting, so we really focused on our relationships and partnerships and building out up our databases to get that message out about Spacenow,” Trevini said. “To have those companies trust us and come on-board and let us facilitate business is really big.”

But with the company having only launched in 2019, it quickly found itself in the throes of the COVID-19 crisis. Ovens said attention turned to how it could help businesses during that time.

One idea was for Spacenow to support the operation of so-called ghost kitchens.

“Because we were all stuck at home, the food delivery market was going through the roof,” Ovens said. “We saw a really big opportunity, which was getting cafes and restaurants, when they weren’t utilising their kitchens, to share them with businesses that could use them through the food delivery apps.

Spacenow also reached out to chefs left out of work by the pandemic and began helping them develop their ghost kitchen offerings using underutilised facilities.

Another idea was to work with hotel operators to rent out unused hotel rooms to people who were no longer able to come into their regular workplace.

“A lot of people don’t have an adequate setup at home,” Ovens said. “We saw the opportunity to turn them into isolated work spaces, because they are all fitted out with a desk and a chair.”

The program was publicised on Channel 7, and today around 100 hoteliers have joined the program, including Accor and Ovolo.

“We have put a lot of corporates into these spaces and they are really enjoying the experience,” Ovens said. “Not only are they getting out of home, they are also getting to use the pool and the gyms, and getting the feeling of being away.”

The relative newness of the model and its many possibilities subsequently led Spacenow to create a concierge service that works with clients to discuss their space needs.

“Then we go out and do the leg work for them,” Ovens said. “A lot of the time, we go above and beyond for both sides. So we are building relationships, and we have seen a lot of our success come from those relationships.”

According to Trevini, this focus on relationships has been critical in getting word out that Spacenow exists. The company has built landing pages for each category it operates in and created an extensive bank of content in the form of whitepapers.

That effort has subsequently translated into 600 per cent growth in traffic across its sites and social channels.

“We want to be different in the marketplace, and we don’t just want to be known for one or two verticals,” Trevini said. “The world is our oyster and we are going to do everything we can to let everyone know about Spacenow.”