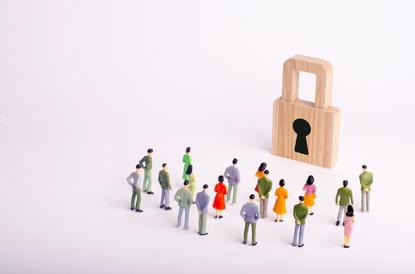 More than eight in 10 Australians consider organisations asking for personal information that doesn’t seem relevant to an interaction to be a misuse of their data, a new report has found.

The Australian Community Attitudes to Privacy Survey 2020 was commissioned by the Office of the Australian Information Commission (OAIC) and looked into attitudes around data practices, privacy reform, children’s privacy and COVID-19. Seven in 10 respondents nominated privacy as a major concern for them, while 87 per cent wanted more control and choice over the collection and use of their personal information.

Specifically, 81 per cent of Australians said they considered an organisation asking them for personal information that doesn’t seem relevant to the purpose of the transaction and recording the types of websites they visit without their knowledge to be a misuse of their data. This was found to be particularly the case if tracking of online activity led to the price of goods or services varying.

In addition, 83 per cent felt personal devices listening to their conversations and sharing data with other organisations without their knowledge to be misuse. Similarly, organisations collecting information in ways they would not expect, such as an app scanning information about other apps used on their personal device, was an abuse of privacy. The survey found 62 per cent think all or most smartphone apps collect information about the people who use them.

Read more: 5 things marketers should know about data privacy in 2020

Most Australians also believe they should have the right to ask a business to delete their personal information (84 per cent) and nearly eight in 10 want the right to seek compensation in the courts for a breach of privacy (78 per cent).

The OAIC found Australians trust health service providers the most when it comes to handling personal information, followed by government, while social media was the least trusted category. The biggest privacy risks identified by Australians in 2020 are identify theft and fraud (76 per cent), data security and breaches (61 per cent), and digital services, including social media sites (58 per cent).

Nearly six in 10 had a problem with how their data was used over the past year, including 43 per cent who received unsolicited direct marketing communications without their consent they were not able to unsubscribe from. Just over three in 10 had their personal information collect with or without their consent when it was not required to deliver a service.

At the same time, 58 per cent said it is fair enough they share some information if they want to use a digital service, and if they do receive ads, 48 per cent said they’d prefer them to be targeted. About one-quarter of all respondents felt the privacy of their personal information is well protected, while 40 per cent felt it was poorly protected.

“Our research shows Australians want to be protected against harmful practices, and 84 per cent believe personal information should not be used in ways that cause harm, loss or distress,” she said. “Our survey shows data privacy is a significant concern for Australians, particularly as the digital environment and data practices evolve rapidly. The community sees identity theft and fraud, and data breaches and security, as the biggest privacy risks we face today.”

Falk also said the COVID-19 pandemic has influenced views about privacy. While half of all Australians think privacy is more at risk generally during the pandemic, the majority are comfortable with personal information being shared to combat COVID-19 and expect it to be protected.

“Understanding community views on the protection of their personal data is critical when we are trying to solve the biggest health and economic crisis of our time,” she added.

The OAIC report also found the steps consumers are taking to protect privacy are also changing. For instance, people are less likely to always or often adjust privacy settings on a social networking site, found to be down 9 per cent since 2017 to 46 per cent, or check websites are secure before sharing personal information (down 6 per cent to 56 per cent).

Yet more Australians always or often refuse to provide personal information (up 6 per cent to 34 per cent), while seven in 10 claimed to have deleted an app and/or denied it permission to access information due to privacy concerns.

The latest research was undertaken by Lonergan Research and canvassed 2866 respondents aged 18 and over.