Australian FMCG giant highlights sales growth in FY20 as consumers looked to stock up on biscuits, soups and juice 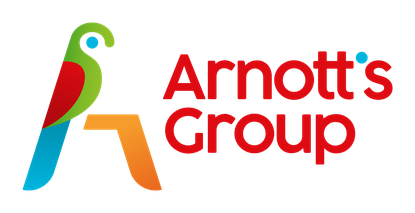 Arnott’s has taken the wrappers off a new corporate brand identity aimed at uniting its portfolio of consumer food brands as it releases its first solid financial results under KKR ownership.

The Australian FMCG giant and its international business, Campbell’s, was sold to the investment firm for $3.2 billion last December after a 15-month divestiture process. The latest brand refresh includes a new identity, The Arnott’s Group, a revamped corporate logo, and plans to extend its reach across Asia-Pacific.

The Arnott’s Group CEO, George Zoghbi, said the ambition was to signal a new chapter for the 155-year old business while retaining elements reflecting its Australian heritage and family roots. This includes the iconic and colourful parrot bird. The branding is not however, a replacement for any consumer-facing visuals and the company said it will not change the Arnott’s logo on biscuit packaging.

The business now has its sights firmly on expanding its footprint across Asia-Pacific.

“We have a fantastic legacy, a strong business and a plan for growth by building a world-leading group of businesses from right here in Australia,” Zoghbi said. “A big part of our strategy will be investing in our people and products while minimising our environmental impact and supporting the communities in which we operate.”

The brand refresh and plans for regional expansion were announced as the group reported FY20 results, which included sales growth of 6 per cent year-on-year. According to the company, the COVID-19 crisis since March drove sales of an additional 4 million packs of chocolate biscuits, 2 million cans of soup, 2.7 million packets of stock and a million more units of V8 Juice. It also said 270 million Tim Tams were sold during FY20.

Against this, production costs rose 6 per cent. During the year, Arnott’s spent $66.4 million on new infrastructure and is building out a new 4-acre warehouse at Huntingwood in Sydney’s west, due to be completed by early 2021.

Zoghbi reiterated a commitment to sourcing predominantly local ingredients as the group looks to invest in key Asian markets over the next three years. Calling it a ‘Tim Tam takeover’, the company has flagged plans to accelerate growth in biscuits, snacks, soups and meals across the region. Key markets it operates include Australia, New Zealand, Malaysia, Japan and Hong Kong.

Locally, the emphasis is on the existing biscuits business, delivering a more efficient meals and beverages business, and filling noted gaps in its snacking food categories.

“Our strong performance and the launch of our new corporate brand identity is laying the foundations for our continued growth in Australia and beyond,” Zoghbi said.