For the local cheesemaker, adding honey was a natural step in growing to its portfolio, but discovering honey bees potentially under threat became an opportunity to support producers with a unique high-tech hive 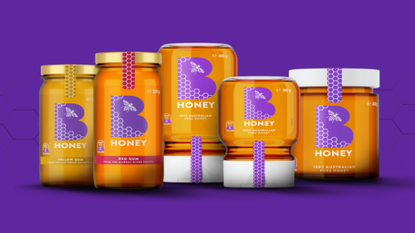 Bega Cheese has expanded its product line-up and now moved into the honey aisle with the arrival of B honey, its 100 per cent Australian honey sourced directly from local beehives. And in the process, it's developed a high-tech bee hive to protect local honey bees.

Bega Foods executive general manager, Adam McNamara, told CMO it was a natural product extension for the business, which already numbers a range of popular spreads in its portfolio. “B honey joins our other spreads, which include Vegemite, Bega Peanut Butter and Bega Simply Nuts,” he said.

But the addition of honey is more than just adding another brand to its family for Bega, it’s about supporting the local honey industry and protecting previous bee colonies under threat. Bega launched the Purple Hive Project to support the honey bees (Apis mellifera), under significant threat of the Varroa Destructor (Varroa mite) arriving in Australia, as the Varroa mite cripples bee colonies around the world.

The honey bee plays a significant role in the pollination of food crops in Australia – some crops are almost entirely reliant on honey bees for pollination. However, the Varroa mite, which has crippled bee colonies around the world, is threatening the viability of the Australian beekeeping industry.

The Varroa mite, a tiny mite which attaches itself to honey bees and the honey bee colony, is known to transmit viruses among honey bees. Australia is the only populated country in the world that hasn’t been impacted by the Varroa mite; however, experts predict it’s only a matter of time before it establishes itself in Australia.

The Purple Hive is a solar-powered artificial intelligence-based device, trained to detect the Varroa mite in real-time so that it can prevent its spread if it were to make its way into Australia. Using surveillance for early detection of the Varroa mite is crucial to the health of honey bees and honey bee pollination dependent industries. Because as McNamara put it: "Once the Varroa mite is established, it’s highly unlikely that we will be able to eradicate it.”

Bega began to develop B honey and realised the significant threat facing Australia’s honey industry. McNamara explained to CMO it was clear the company needed to invest in technology and innovation to support the future of honey bees, Australian beekeepers, and in turn, Australian agriculture.

The process for monitoring hives for the Varroa Destructor has been a manual, time-consuming exercise but with the Purple Hive Project it’s become automated and done away with laborious monitoring.

“Without prioritising the health of our honey bees and the ecosystems that rely on them for their well-being, honey bees, as well as Australian food security is under threat,” McNamara said.

Bega has positioned the Purple Hive Project as a world-first innovation for the honey industry and will use 360-degree camera technology and artificial intelligence to detect a healthy bee from a bee carrying Varroa mite.

“Bega has a vision to become the Great Australian Food Company, which includes a commitment to the greater good and for doing what’s right for Australian consumers – B honey and the Purple Hive Project demonstrate this commitment,” said McNamara.

While Bega is finalising the development of the Purple Hive, the long-term vision is the Purple Hive Project will create a network of hives located across Australia in high-risk locations to support the entire honey industry. Bega is currently discussing the future home of our very first Purple Hive.

“Without prioritising the health of our honey bees and the ecosystems that rely on them for their well-being, honey bees, as well as Australian food security is under threat. By enjoying B honey, you’ll be supporting the Purple Hive Project and, in turn, our bees,” McNamara added.