Brand saliency, creative initiative and partnership are just a few of the big lessons for this chief marketing officer out of the COVID-19 pandemic 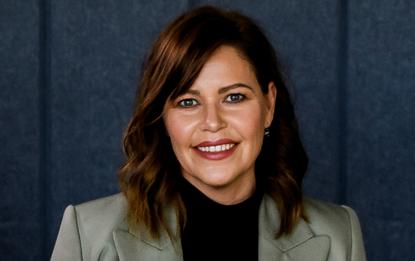 It’s a lesson many marketing officers have been reminded of during the last five months of COVID-19 pandemic: The importance of a well-defined brand. And it’s one Southern Cross Austereo’s chief marketing officer, Nikki Clarkson, not only tuned into, but leveraged in a host of recent creative initiatives.

Clarkson has responsibility for marketing and communications across the SCA portfolio, trade and consumer-facing. It’s a diverse mix including 98 radio stations nationally under the Triple M and Hit brands, 10 DAB stations, on-demand audio offerings such as PodcastOne Australia, and more than 100 regional TV signals through predominant partner, Channel Nine, and Channel Seven. The remit incorporates brand and marketing strategy, through to media planning and buying, creative development, communications and publicity.

In November, Clarkson was rewarded for 12 years of service and marketing effort by being appointed to SCA’s executive leadership team. She agrees it’s recognition of the importance of marketing and the role branding plays both short and long-term. It’s also provided additional business insight beneficial to developing more impactful, dynamic marketing solutions for the organisation, particularly doing the current crisis, she says.

“In this role, the priorities are always building plans and taking those to market in a meaningful way, with good, strong and clear positioning for an identified, target audience,” Clarkson tells CMO. “And it’s messaging that will resonate with existing listeners but that will also encourage new listeners to come in, in order to generate growth for all our consumer-facing brands.

“That hasn’t changed in the COVID-19 environment, and we have stuck to those brand plans and the way we take our brands to market. What COVID has generated are some new creative initiatives that weren’t on the plan in January.”

The ‘Shop Local’ program is Clarkson’s first example of that. Backed by $1 million in owned media investment, the national campaign is about supporting local SMEs “with our media megaphone” and has been voiced by over 70 announcers across Hit and Triple M radio stations. SCA partnered with JCDecaux to harness its digital street furniture for the campaign.

“This created an impactful marketing campaign for our trade strategy that utilised the power of our consumer media and that of our media partners,” Clarkson says. “It shows how COVID has brought with it great creative thinking. Supporting SMEs and local business was always part of our trade strategy, but the execution of the strategy has changed [in light of COVID-19].”

Similarly, thought leadership is a core pillar as a media company but has been tackled differently during the COVID-19 crisis. The big push has been the new Brand New World podcast, which debuted in May and featuring a range of guests and topics covering brand and marketing strategy. It's hosted by Russel Howcroft.

“We saw we could add value to the market with a podcast primarily for marketing and brand owners, talking about challenges emerging during the COVID-19, but also a strategy for setting up brands for long-term success,” Clarkson explains. “It was about providing discussions that hopefully help brands come out of COVID stronger than we were before.”

As a media business, SCA is conscious of its role in articulating the value of marketing and advertising through a crisis, Clarkson continues.

“We have a decade of research proving brands that maintain activity and relevancy within a consistent brand voice during a crisis do come out of that crisis better and stronger. But when you’re in a crisis, that can be difficult,” she says. “At the start [of the crisis], it was about trying to assess a pandemic and what it was bringing us that none of us had experienced before, but doing it with a short and long-term lens.

“Understanding how we behave during a crisis would certainly determine how we came out of that crisis.”

Early on, it was clear SCA had to bust the myth people weren’t listening to radio or consuming audio as much as the crisis heightened. SCA’s work to gauge these changing behavioural patterns found podcast engagement has increased by upwards of 30 per cent year-on-year, not only across radio show programs but also the podcasts PodcastOne’s 70 creators were producing.

“People weren’t necessarily on the roads, so the belief was they weren’t listening to radio. Through digital streaming and our apps, and working very closely with the digital team, we were able to see in real-time audio consumption for these digital platforms accelerate year-on-year,” Clarkson says.

“We were able to take that to market very quickly with weekly and monthly numbers that demonstrated to the community in fact consumers were engaged with audio, and they did see it as a companion media. These also showed they were engaging across the board – we saw both desktop and mobile spike, an accumulation of live streaming numbers.”

These insights then started to shape the messaging and priority of messaging taken to market. “We developed this overarching thought that everyone is listening, whether they’re at home in their pyjamas, with the cat on their lap, or videoconferencing with their teams in their homes. Everyone was listening to audio,” Clarkson says.

“That was another campaign created in response COVID-19 but has longevity beyond the pandemic as a message we can reinforce with advertisers and partners audio is an engaging, viable, exciting media business for brands to partner with.”

Understanding not only how consumption patterns and behaviour around audio was changing but across all mediums has helped SCA’s consumer engagement, too. These insights for instance, saw the group invest more into TV buys, and elevate BVOD in the mix.

“That gives us targeted, premium video content across all media platforms, to make sure we were capturing the increased eyeballs on catch-up video at that time,” Clarkson says.

In addition, with its Shop Local partnership with JCDecaux, SCA pivoted digital outdoor targeting to the suburbs. “We used these out-of-home platforms in a much more micro way in the suburbs, where usually we’d focus on high volume, high reach and more inner-urban commuters,” Clarkson says.

Internal and external relationships have been vital to bringing these initiatives to fruition, and Clarkson highlighted IT, engineering and finance teams as key allies during this time.

“They’ve been able to navigate the business in such a way that’s enabled us to keep going and achieve all this great programming,” she says. “Working with Brand new world, for example, we have leapfrogged some of the processes PodcastOne would normally go through with podcast creators. We all worked together and achieved a speed to market that previously hadn’t occurred.

“They were supportive and worked with us to bring this to life with an energy and passion that enabled us to record 10 episodes and publish nine.”

UP next: The keys to brand salience, creative initiative, and rebranding

What’s also been reinforced for Clarkson in recent months is the importance of a well-defined, well-targeted brand. She describes this as “being clear not only on the role you play for consumers in their lives, but the tone of voice that will bring the brand to life, and also resonate with them”.

Hit, for example, is all about great shows and entertainment, while Triple M is rock, sport and comedy.

“That gives you a brand landscape that allows you to adjust to suit a moment in time but in a way that’s consistent and how consumers expect you to act,” she says. “This is so you’re not incongruous as a brand and you’re contributing throughout a crisis to overall brand saliency and recognition longer-term, so you come through with a level of consistency and strength.

“That’s the theory of great branding – you have to keep evolving a brand, resonating and pivoting messaging, but in a way that’s true to what your brand is.”

SCA’s brand evolution continues with new-look branding and strategy for the Hit Network announced in July. SCA has brought back two local brands, SAFM in Adelaide and B105 in Brisbane, rebranded Hit96.1 Mount Gambier to SAFM, and introduced what Clarkson says is more complementary and sophisticated branding including consistent iconography and design assets across the portfolio.

2Day FM in Sydney and FOX FM in Melbourne remain the key metro brands, but further changes are expected to be announced across Hit92.9 in Perth in coming months.

The brand repositioning is being supported by a new positioning line, ‘Get that feeling’, designed to reflect the mood-oriented approach being taken to music formats across the network nationally. A couple of new programs have also been introduced. The ambition is to help Hit broaden its relevancy and appeal to a bigger target audience of people aged 30-54 years old, with a female skew.

Data is also a focus and SCA announced this week its research and insights and strategy and insights divisions were joining forces under the SCA iQ banner. The new unit will look to offer first-party data solutions for SCA’s sales and content teams and advertising partners by tapping into the group’s 300,000-member insights community across the country. The team is also using Nielsen’s Commspoint Journey, Commspoint Influence and Consumer & Media View tools.

In the midst of crisis, Clarkson says she’s been impressed by how content teams have continued to innovate during the crisis. She noted the Hit network’s weekly virtual trivia led by Dave Hughes and Ed Cavalee, and extension of the ‘No talk day’ implemented last year in partnership with Beyond Blue to the full Triple M footprint including all 43 stations this year as big examples.

“There are so many examples of creativity rising to the challenge in every industry we’ve observed during this time. It’s inspiring, to say the least,” she says.

Lasting trends from the crisis

For Clarkson, it’s this kind of creativity and initiative she hopes will be retained well after the crisis has ebbed.

“I’m acutely aware of what we have been able to achieve as a business in total during this time,” she says. “I hope we hang on to that passion, creativity and belief in ourselves we can do great work. What would have taken months has taken weeks or even days in some instances. That has been invigorating and the results across the board have been beneficial to the business.”

Meanwhile, specific initiatives, such as Boomtown, also have a clear future for Clarkson. She notes the resurgence in domestic travel and visiting regional Australia as drivers for the program. A new education piece with the MFA will include a lens around increased travel to regional markets as a result.

Growth in digital audio during the COVID period is also something Clarkson will be maximising momentum around longer-term.

“That behaviour has accelerated during this time and we look forward to leveraging that to ensure consumers have great digital audio they can access easily across all devices both with live streaming as well as on-demand in a way and a time that suits them,” she says.